A picture of an old woman is making rounds on social media and it is being claimed that the woman first-year BA student was taken into custody as she was protesting against fees hike in JNU.

On putting the picture through Reverse Image Search, we came across a news report in Deccan Chronicle dated May 9th, 2019 that featured the same picture. 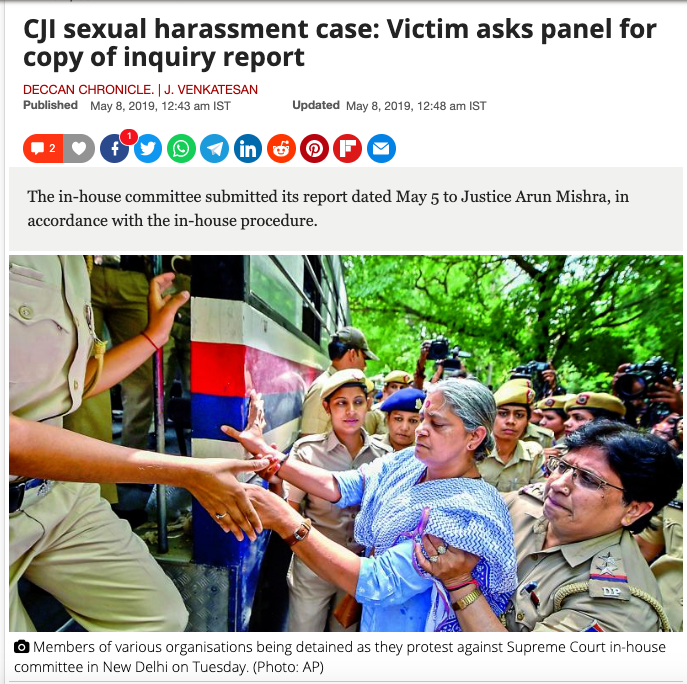 According to the report, the woman in the picture is Annie Raja from the National Federation of Indian Women (NFIW). She was the protests against the former Chief Justice of India Ranjan Gogoi after he was given a clean chit by the Justice SA Bobde Inquiry Committee on May 8, 2019.

Annie Raja is also a CPI activist and is the wife of communist leader D Raja. On digging further we also found that she was never associated to JNU.

Hence, the above information proves that the viral picture is old and has no relation with the JNU protests.