The Bharatiya Janata Party on Sunday released a list of 40 party leaders, who will campaign for the party in the upcoming by-elections to the legislative assembly of Karnataka.

While the first name in the list is of BJP state president Naleen Kumar Kateel, the second name is of Karnataka Chief Minister BS Yediyurappa. 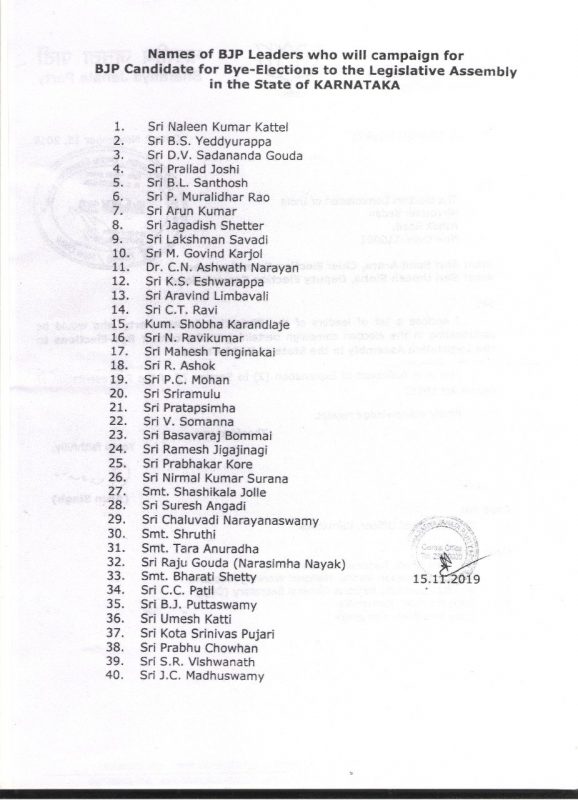 Some of the other leaders in the list are Union Ministers DV Sadananda Gowda and Prahlad Joshi and party general secretary BL Santhosh.

Assembly by-polls to the 15 assembly seats in Karnataka are scheduled to be held on December 5 from 7 am to 6 pm.

The counting of votes would take place on December 9.