Home NM FACT CHECKER Is the young soldier in picture the son of Israel’s Prime Minister?... 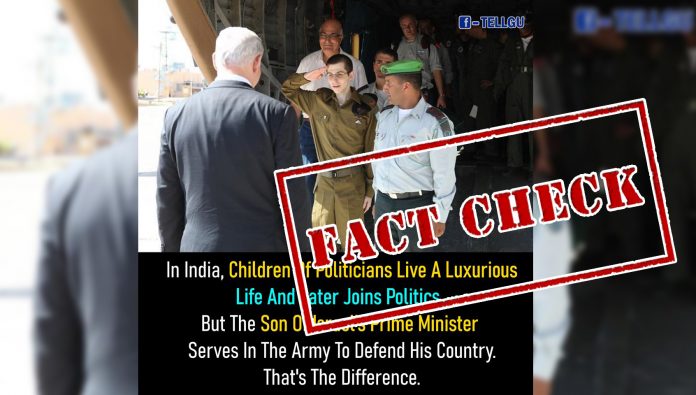 “In India, Children Of Politicians Live A Luxurious Life And Later Joins Politics.
But The Son Of Israel’s Prime Minister Serves In The Army To Defend His Country.
That’s The Difference”  the text read.

ALSO READ: This video of US forces shooting Islamic terrorists is not real;…

NewsMobile fact-checked the picture and found that the soldier in the picture is NOT the son of the Israelian Prime Minister.

On putting the picture through Reverse Image Search, we found that he is Gilad Shalit. The picture was taken when Shalit returned after being released from Hamas captivity.

We found the Image on Flickr, a photo stock site. The picture was taken on October 18, 2011, and the caption read, ” Gilad Shalit salutes Israel Prime Minister Benjamin Netanyahu after landing in IDF airbase in the centre of Israel. Gilad Shalit was released today (18-10-11) form Hamas captivity, after 5 and a half years. ” 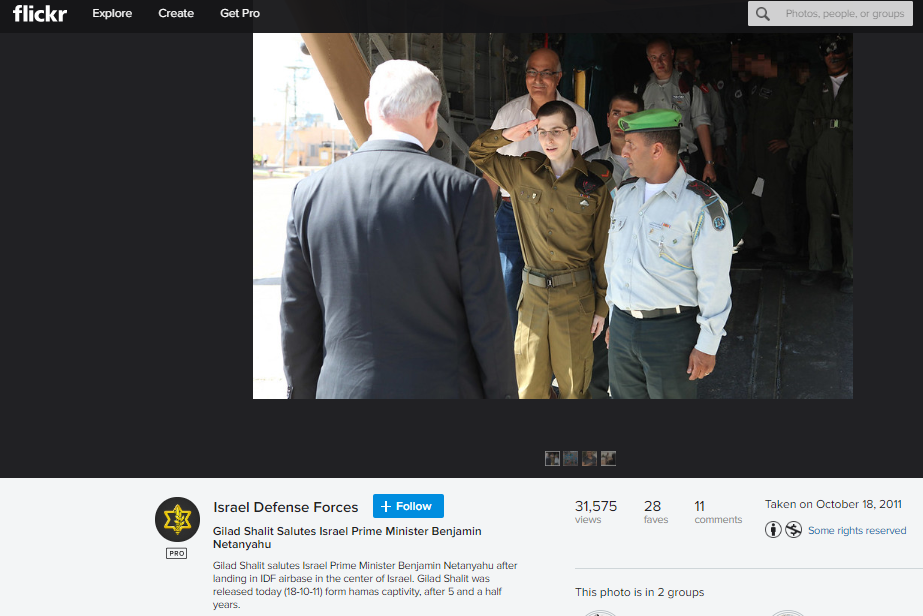 According to the caption, Sergeant First Class Gilad Shalit was released after more than five years in Hamas captivity. Shalit (rank at the time: Cpl.) was kidnapped on June 25, 2006.

However, both the sons of Prime Minister Benjamin Netanyahu have served in the Israel Defense Forces.

As per a report in The Jerusalem Post, according to the 1949 Israeli Security Service Law, conscription to military service is compulsory for all Israelis who turn 18. Only two groups are exempt from mandatory military service: the ultra-Orthodox and Arab Israelis.

The above information proves that the soldier in the picture is not the son of the Israelian Prime Minister and hence the post is misleading.