Did Coca-Cola sell only 25 bottles in its first year? Here’s the truth | Newsmobile
Thursday, July 7, 2022

A post is going viral on social media with a claim that Coca-Cola sold only 25 bottles in its first year.

“Whenever you feel bad, just remember that Coca-Cola only sold 25 bottles the first year. Never Give Up!” the caption read.

ALSO READ: Woman in this viral video is NOT a Japanese robot; here’s…

So, if you are having a bad day at #work, think #CocaCola sold 25 bottles in their first year & look where they are now!#MondayMotivation #NeverGiveUp #keepgoing #notgivingup #successfulbusiness#business #businesses #challenging #goals #success #entrepreneurs #startups pic.twitter.com/51ehnMuqY6

When NewsMobile fact-checked the claim, we found it to be False.

According to the website ‘World of Coca-Cola‘, a site run by the Coca-Cola company, when it was founded in 1886 by Dr John S. Pemberton, the beverage was served in glasses.

” The first servings of Coca‑Cola were sold for 5 cents per glass. During the first year, sales averaged a modest nine servings per day in Atlanta.” the statement read. 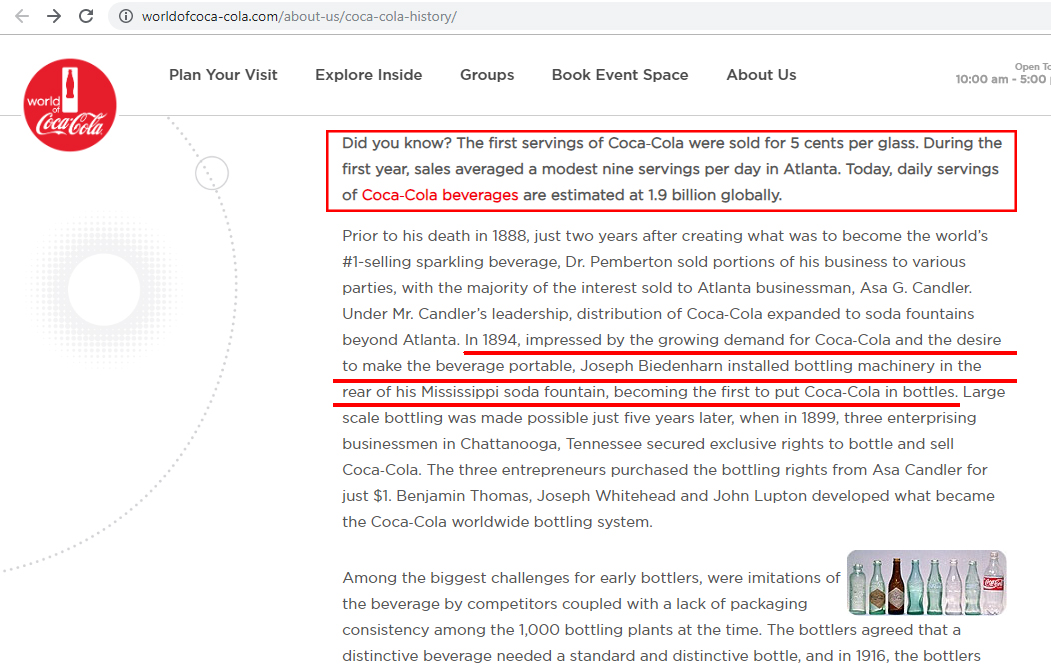 According to the website, bottled Coca-Cola came in 1894. “In 1894, impressed by the growing demand for Coca‑Cola and the desire to make the beverage portable, Joseph Biedenharn installed bottling machinery in the rear of his Mississippi soda fountain, becoming the first to put Coca‑Cola in bottles, ” the website stated.

The above information proves that in its first year Coca‑Cola did not sell only 25 bottles instead it was sold in glass and an average of 9 servings was sold per day.

Hence, the information being circulated is False.