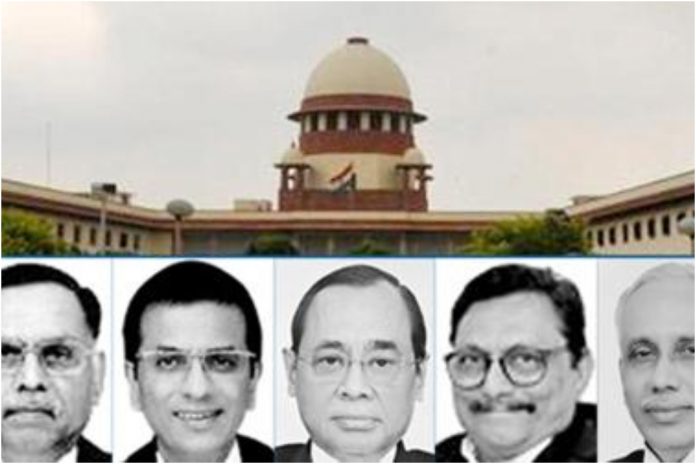 The Supreme Court of India has delivered a unanimous verdict on the Ayodhya land dispute case. It is a historic judgement which is well balanced. The Five judge bench that pronounced this verdict had the Chief Justice of India Ranjan Gogoi, Justice SA Bobde (Chief Justice designate), Justice Dhananjaya Chandrachud, Justice Ashok Bhushan and Justice Abdul Nazeer.

Here is a brief profile of the Judges who were part of the bench that delivered the verdict.

The first Chief Justice of India appointed from the North-Eastern part of India in October 2018, he began his career at the Gauhati High Court. He was appointed as a judge of the same court on February 28th, 2001. He went on to become the Chief Justice of the Punjab and Haryana High Court. Appointed as a judge in the Supreme Court in 2012, he will be retiring on November 18th as the Chief Justice who has left an impact on important judgements such as the National Registry of Citizens (Assam) and the Rafael case amongst others.

A graduate of the Harvard Law School, he is known for his progressive judgements on many issues such as the Right to Privacy (KS Puttuswamy vs Union of India). He is also a visiting professor of Comparative Constitutional Law at the University of Mumbai and University of Oklahoma Law School in the United States of America. He is also the son of Justice YV Chandrachud, former Chief Justice of India.

He was appointed as a judge of the Karnataka High Court in 2003 and then elevated to the Supreme Court of India on February 17th, 2017. He has been the dissenting judge of the ‘Triple Talaq case’. He opined that while ‘triple talaq’ has no place in Islam, the courts should refrain from interfering in the personal laws of the people.