The Kartarpur Corridor has been in the headlines since it got announced. But now, it is embroiled in a controversy. A video released by Pakistan’s Ministry of Information and Broadcasting on Monday to mark the opening of the Kartarpur Corridor, displays posters of Khalistani separatist leaders Jarnail Singh Bhindranwale, Maj Gen Shabeg Singh and Amrik Singh Khalsa in the background in a clip. 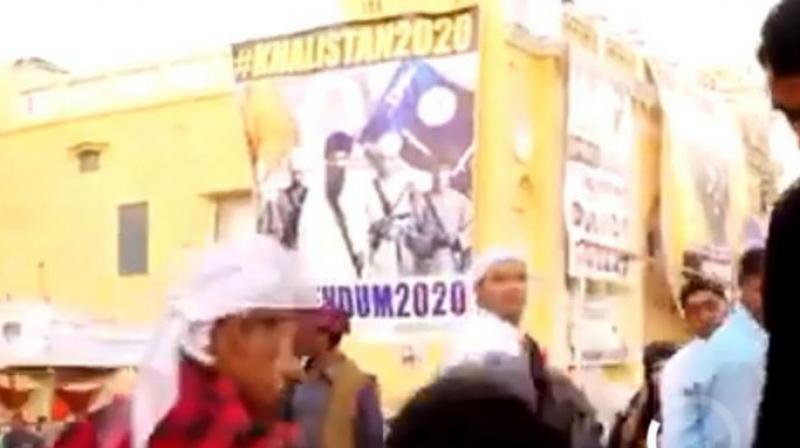 All three were killed when the Indian Army entered the Golden Temple in June 1984 during Operation Blue Star to free the temple of terrorists holed up inside.

Jarnail Singh Bhindranwale was a pro-Khalistan leader, who headed a religious organisation called Damdami Taksal. Amrik Singh Khalsa was another pro-Khalistani Sikh student leader and headed the All India Sikh Students Federation (AISSD), which is now banned.
Shabeg Singh was a dismissed army officer and was present with Jarnail Singh Bhindranwale during the Operation Blue Star. He is believed to be one of the key military advisors of Bhindranwale.

2019 marks the 550th birth anniversary of Guru Nanak and on this occasion India and Pakistan had signed an agreement to construct the Kartarpur corridor. It links Dera Baba Nanak in Gurdaspur to Durbar Sahib gurdwara in Kartarpur and is meant to make visa-free movement of Indian pilgrims to Kartarpur Sahib, easy.

The song, released by special assistant to Pakistan PM on information and broadcasting, Dr. Firdous Ashiq Awan, shows clips of Sikh pilgrims visiting gurdwaras across Pakistan. In one of the clips, a poster is visible in the background with the three separatist leaders.

At the launch ceremony in Islamabad, Awan said the opening of Kartarpur Corridor is PM Imran Khan’s vision of protection and freedom of all minorities. She said the song will go a long way in promoting Pakistan’s ‘soft image of peace and inter-faith harmony’. “It will also send a signal to the world about true face of Islam, besides giving our image of enlightened and moderate nation,” she said.

The event was attended by several prominent members of the Sikh community and the civil society. President of Sikh Council of Pakistan Sardar Ramesh Singh and senator Anwar Lal Deen were among the chief guests on the occasion.
Punjab Chief Minister Captain Amarinder Singh said earlier that Pakistan cannot be trusted as its love for the Sikh community was sudden. “We cannot trust Pakistan and we should keep our eyes open as the corridor can be misused by the ISI. Controversial referendum 2020 campaign is already on in Pakistan,” he said.