Home NM FACT CHECKER India-Pak army personnel were not dancing together on inauguration of the Kartarpur... 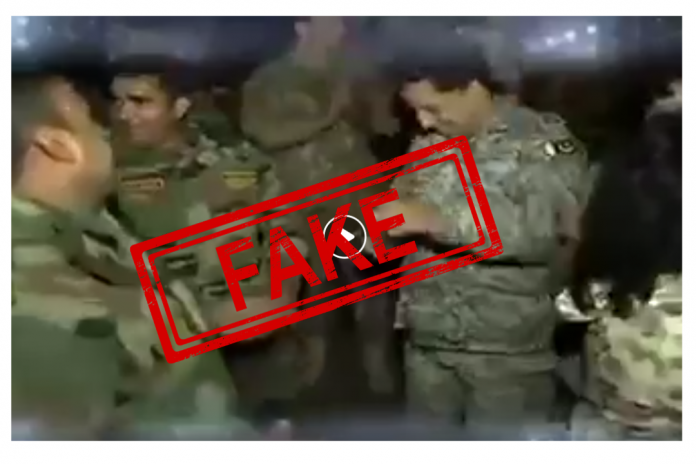 A video of army personnel from India and Pakistan dancing together is going viral with a claim that shows the celebrations are from the inauguration of the Kartarpur corridor.

The caption of the video reads: ”The text of the video claims the following: “Good gesture. Both pak n Indian armies are celebrating together at the opening ceremony of Kartarpur way. Wah. History.”

NewsMobile fact-checked the video and found the claim attached to it to be FAKE.

We took the key frames and ran a Reverse Image Search in and we found reports of Peaceful Mission 2018 program conducted by the Central Military Commission of Russia. These news reports featured same viral video.

The video was captured when India and Pakistan soldiers concluded an anti-terror drill at Chebarkul, Russia.

Hence, the above information proves that the video is not of celebrations at the inauguration of the Kartarpur corridor.