We are your friends, we are here to find facts: EU delegation in J&K | Newsmobile
Monday, September 26, 2022

Home Home Slider We are your friends, we are here to find facts: EU delegation...
ShareTweetGoogleWhatsappPrint
Mail

A 27-member delegation of the European Union parliamentarians, said that they are not in India to interfere with Indian politics.

The delegation is currently in J&K and said that they were here only to find facts and not interfere with the Indian politics. 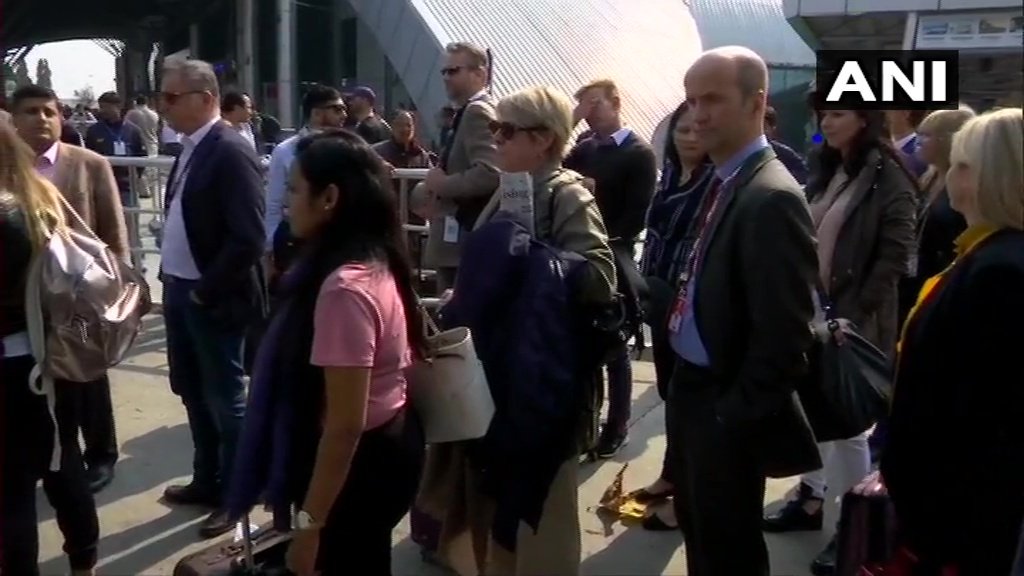 However, on Wednesday, the delegation stated that they were in the Valley to find facts and not to interfere in Indian politics. They also condemned the killings of six non-Kashmiri labourers in Kashmir’s Kulgam on Tuesday, the day the 23-member delegation landed in Srinagar.

“We are your friends, we are here to find facts,” a member of the team said in an interaction with media persons. The members said that they had fascinating meetings with representatives of the civil society where issues ranging from re-opening of schools and corruption were discussed.

Since August 5, when Parliament passed resolution to scrap the special status given to the state and special privileges to its residents and split Jammu and Kashmir into two Union territories, there had been a communication lockdown and other restrictions in the Valley, some of which have since been lifted.
The arrival of the EU group triggered violent protests as people set up human blockades and shopkeepers shuttered businesses. At least four people were injured after security forces fired pellets on the protesters.