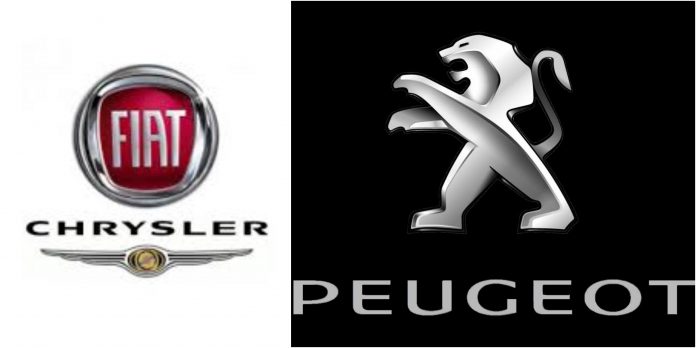 US-Italian auto giant Fiat Chrysler has confirmed that it is in merger talks with the French owner of Peugeot, PSA that would yield an entity valued at about $50 billion, as per AFP.

Carlos Tavares, the chief executive of Peugeot’s parent, PSA Group, would lead the new company as CEO while John Elkann, chairman of Fiat Chrysler Automobile (FCA), would be chairman.

This is Fiat Chrysler’s second attempt at a merger this year and the talks come months after a proposed tie-up between the company and French carmaker Renault collapsed.

And while the discussions are still on, there is no guarantee of an agreement, the source to AFP said.

A merger of the two groups would bring a number of brands under one roof including Alfa Romeo, Citroen, Jeep, Opel, Peugeot and Vauxhall.

Peugeot posted a new record for revenue of $82 billion (74 billion euros) in 2018 while FCA reported 110 billion euros in revenue.

The French group has a market capitalization of 22.54 billion euros on the Paris Stock Exchange, while FCA is valued at just over $28 billion on Wall Street and 20.74 billion euros in Milan.