A screengrab of a news clip by Aaj Tak is being shared online. The screengrab features a picture of Dushyant Chautala, president of the Jannayak Janata Party, with a quote attributed to him saying that “we will support BJP if need be”.

When NewsMobile fact-checked the claim, we found that the screengarb has been taken from an old video. 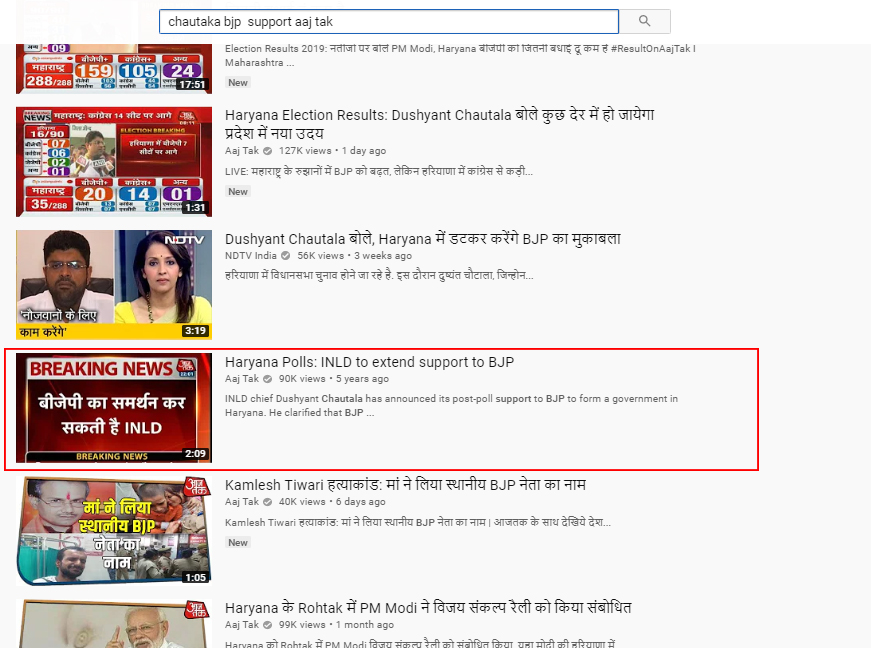 The title of the video reads, ‘Haryana Polls: INLD to extend support to BJP’.

“INLD chief Dushyant Chautala has announced its post-poll support to BJP to form a government in Haryana. He clarified that BJP is not their enemy and if needed then INLD is ready to support BJP, ” the description of the video said.

The screengrab can be seen at 0:35 seconds of the video. 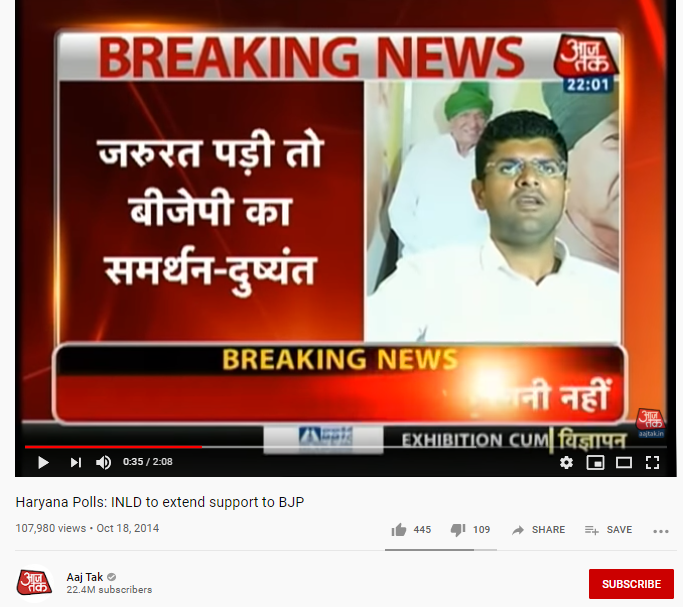 This proves that this statement of Dushyant Chautala is from the 2014 Haryana Assembly Elections and not 2019.