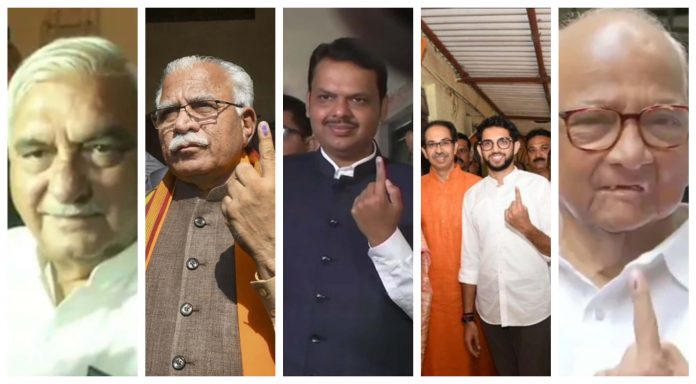 Here’s the quick background of both states:

Against the present Haryana CM, ML Khattar, Congress has fielded a little-known face Tarlochan Singh has been fielded.