India did not clear its debt to the World bank; here’s the truth | Newsmobile
Thursday, July 7, 2022

Home NM FACT CHECKER India did not clear its debt to the World bank; here’s the... 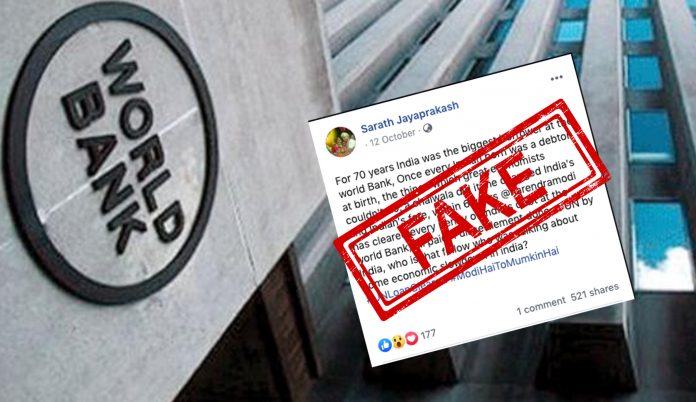 A screenshot of a tweet of India’s Ambassador & Permanent Representative to the United Nations, Syed Akbaruddin, is doing rounds on social media in which he had tweeted that only 35 countries of 193 have paid all dues to the United Nations. It was claimed that for the first time in 70 years, during the regime of PM Modi, India has cleared its outstanding loans to the World bank.

The text in the caption read: “For 70 years India was the biggest borrower at the world Bank, Once every Indian born was a debtor at birth, the things which great economists couldn’t do, a chaiwala did it, he changed India’s and Indian’s fate, within 6 years @narendramodi has cleared every penny of India’s debt at the world Bank, all paid. Full settlement done at UN by India, who is that fellow who was talking about some economic slowdown in india? #UNLoanCleared #ModiHaiToMumkinHai” 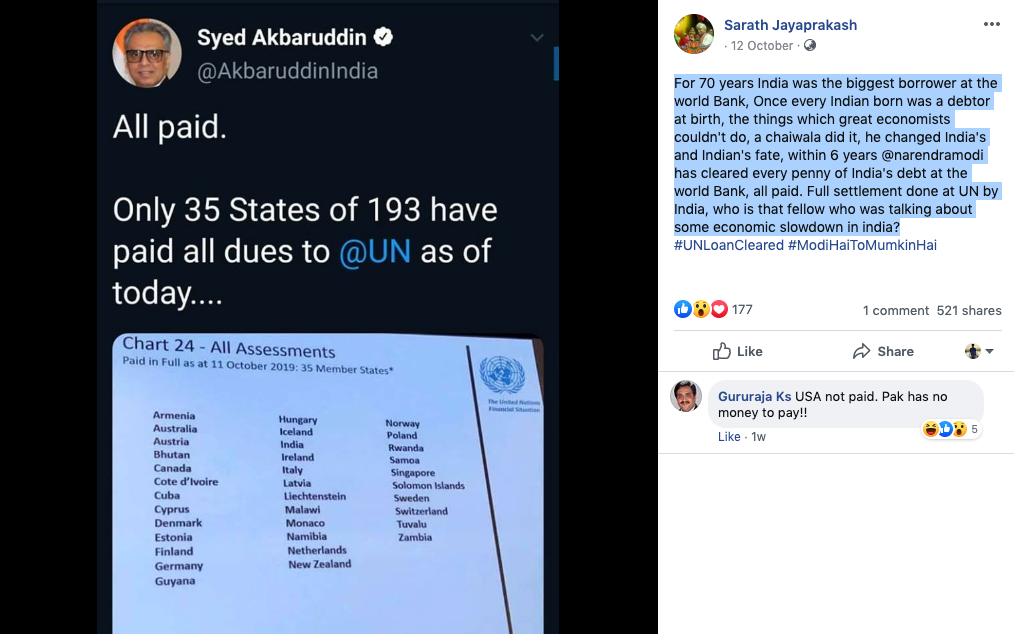 ALSO READ: No, Indira Gandhi did not give two LS seats to Advani…

On closely analysing Akbaruddin’s tweet, we came to the conclusion that he tweeted about India being part of 35 countries of out of 193 UN members who have paid all dues to the United Nations.

Only 35 States of 193 have paid all dues to @UN as of today…. pic.twitter.com/FKJaWKp0ti

Every country contributes a certain amount of money for the UN’s budget and India has paid its share to the UN.

The contributions made to the UN has nothing to do with India’s outstanding debt with the World bank.

Hence, in conclusion, it is clear that the claim attached to Syed Akbaruddin’s tweet is misleading.