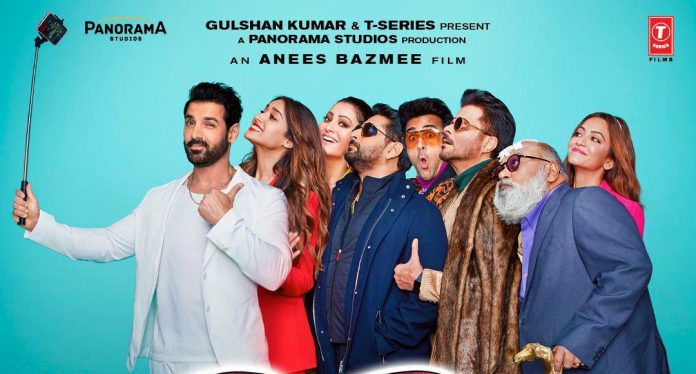 The trailer of John Abraham-starrer ‘Pagalpanti’ is finally out and is sure to take you on a rib-tickling ride. John along with Arshad Warsi and Pulkit Samrat are seen to pack in some punchy dialogues in the trailer, which begins with a disclaimer ‘Dimag Mat Lagana Kyuki Inmein Hai Nahin’.

John Abraham shared the trailer on his social media. In it the trio is seen getting into trouble repeatedly and presumably because John is under the effect of inauspicious planetary arrangement – ‘Sadhe Sati’.

A quip by Arshad Warsi saying, “Pande ji, humlog sense mein aate hain, nonsense me nahi” is shown in the trailer. Ileana D’Cruz, Kriti Kharbanda, and Urvashi Rautela, play the other lead roles in the film.

The flick also stars Anil Kapoor, Pulkit Samrat and Saurabh Shukla. The movie is slated to be released on November 22.