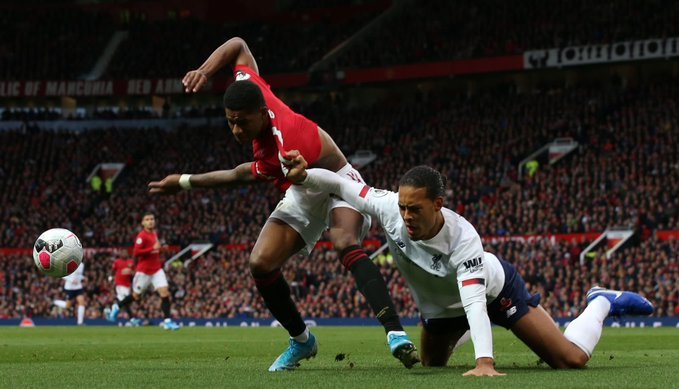 Premier League leaders Liverpool were held to a 1-1 at Old Trafford by fierce rivals Manchester United in the North West derby on Sunday evening.

United had David de Gea back despite the goalkeeper having injured his groin on international duty. Paul Pogba was missing but Anthony Martial was on the bench. Nemanja Matic was missing from the squad.

Liverpool came into the game without Mohamed Salah, who had sustained an injury in the Reds’ last-ditch win over Leicester City two weeks ago.

United’s youngster Axel Tuanzebe was starting but a training injury saw him get replaced by the tough-tackling Marcos Rojo.

Victor Lindelof won the ball from Divock Origi by what looked like a soft foul. But Daniel James crossed in to find Marcus Rashford, who handed United a lead. After a VAR check, the goal was given.

Liverpool too were mired in controversy, as manager Jurgen Klopp’s tempers flared.

Sadio Mane did score but his goal was chalked off as the ball hit his hand before he scored. 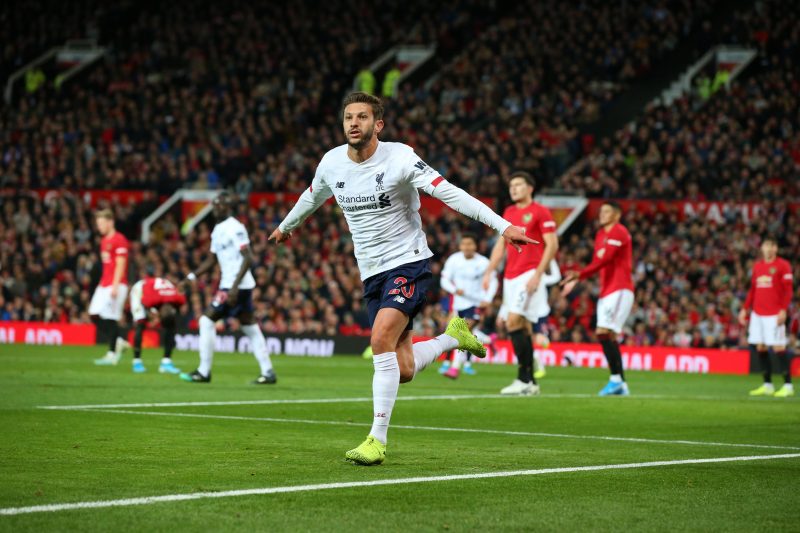 Liverpool got their equalizer very late in the game. Klopp had brought on Adam Lallana, Alex Oxlade-Chamberlain and Naby Keita in the last few minutes. That worked as Lallana stabbed home his first goal in 2 and a half years to draw the game for the visitors.

The result saw Liverpool stay at the top with a six-point lead over Manchester City.

United climbed to 13th with 10th points and Ole Solskjaer’s men find themselves just two points above the relegation zone.