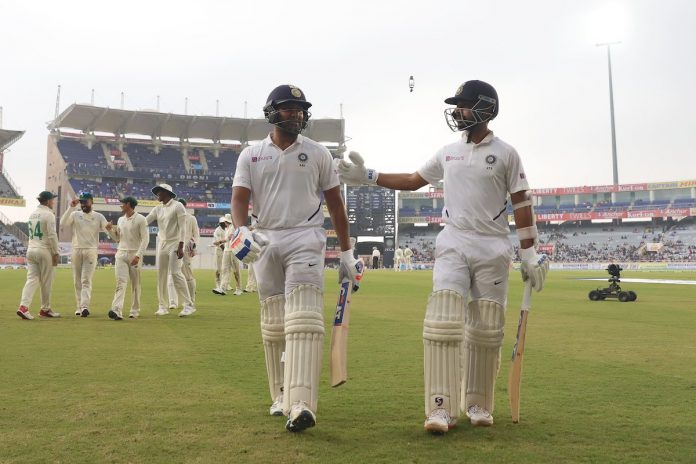 Ranchi: The play was suspended due to bad light on the first day of the third Test match between India and South Africa at the JSCA International Stadium Complex here on Saturday.

Board of Control for Cricket in India (BCCI) took to Twitter and wrote: “UPDATE – Play has been suspended due to bad light.”

India were playing at 224/3 before the day was suspended. Opening batsman Rohit Sharma smashed a ton and broke the record for registering the most number of sixes in a bilateral Test series.

Sharma has now smashed 16 sixes in the entire series. Sharma went past West Indies’ batsman Shimron Hetmyer who had registered 15 sixes in the series against Bangladesh in 2018/19.

Before Hetmyer’s record, spinner Harbhajan Singh held the record as he hit 14 sixes in the series against New Zealand in 2010/11.

After reaching the 100-run mark, Sharma also became only the second Indian opener to score three or more centuries in a Test series.

Sunil Gavaskar was the only previous Indian to do so, in three different series.

Sharma and Ajinkya Rahane are playing on 117 and 83 runs, respectively.