No, PM Modi did not bow down in front of Adani’s wife; here’s the fact check | Newsmobile
Friday, December 9, 2022

Home Home Slider No, PM Modi did not bow down in front of Adani’s wife;...
ShareTweetGoogleWhatsappPrint
Mail

A picture is being shared on social media where Prime Minister Modi can be seen bowing down in front of a woman.

ALSO READ: This woman performing Garba in the viral video is NOT… 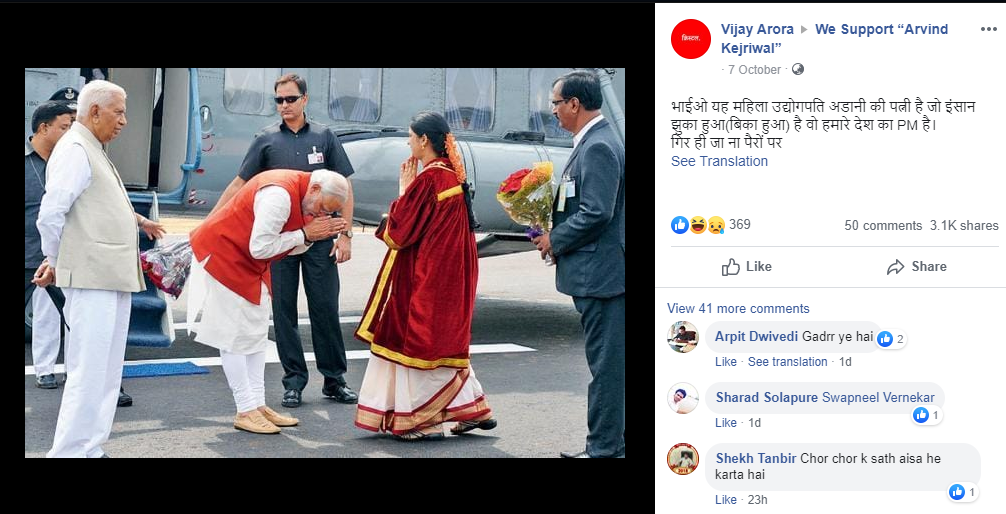 When NewsMobile fact-checked the picture, we found the claim to be fake.

We ran a search and found that the viral picture is from 2014 when PM Modi landed in Tumkur to inaugurate a mega Food Park at the Vasanthanarsapura. In this image, PM Modi can be seen greeting Geetha Rudresh, former Mayor of Tumkur, Karnataka.

We found an article by Vijay Karnataka dated September 25, 2014, that features the same picture. According to the report, this picture was taken when Geetha Rudresh received PM Modi upon his arrival at the airport. 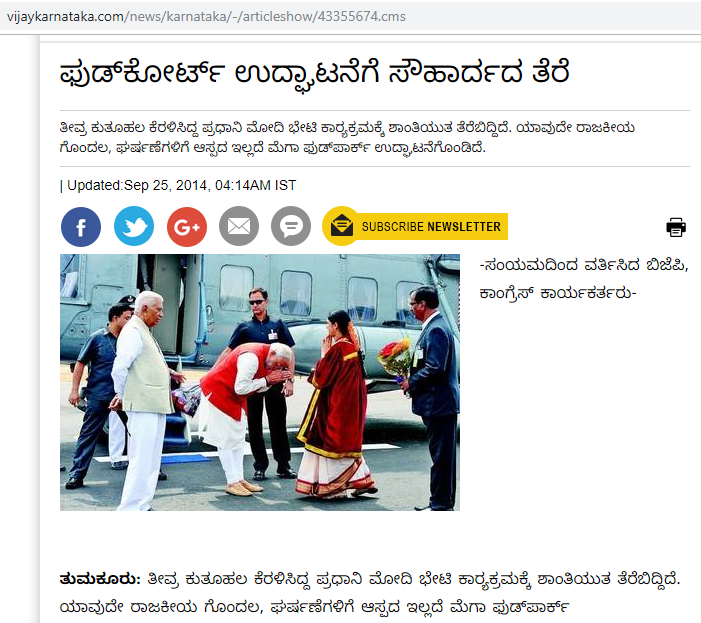 The above information proves that the woman in the picture is not Gautam Adani’s wife and hence, the claim is fake.