This woman performing Garba in the viral video is NOT PM Modi’s mother; here’s the fact check | Newsmobile
Wednesday, February 8, 2023

Home Home Slider This woman performing Garba in the viral video is NOT PM...
ShareTweetGoogleWhatsappPrint
Mail

A video is doing rounds on social media in which an elderly woman can be seen performing Garba. It is being claimed that the woman in the video is Prime Minister Narendra Modi’s mother Hiraben. 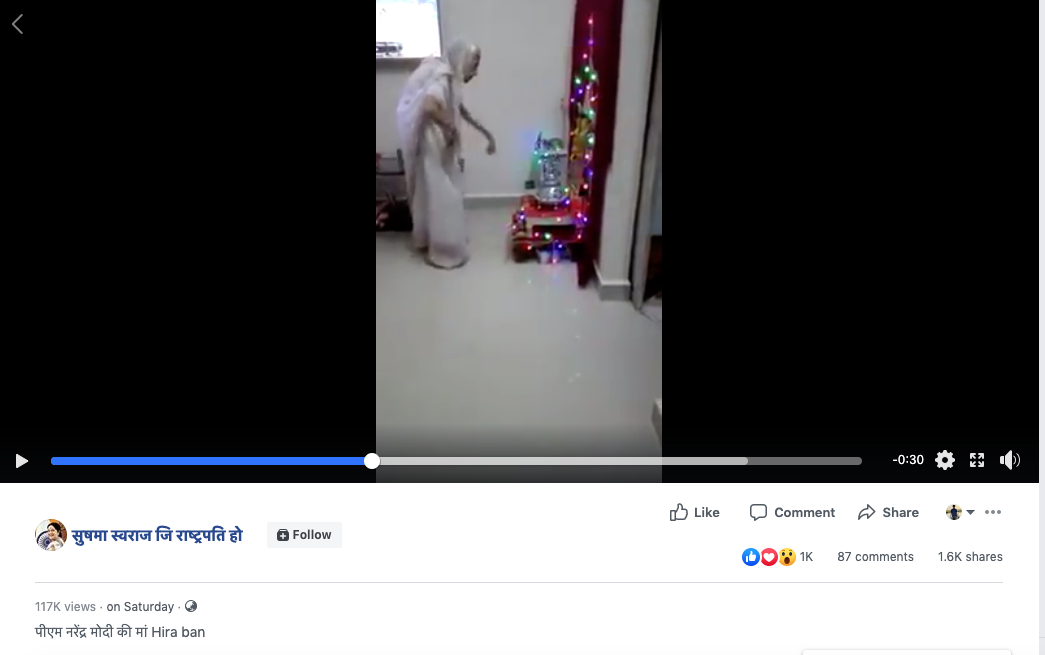 Two years ago Lieutenant Governor of Puducherry, Kiran Bedi, shared the same video on her verified Twitter handle with the same claim that the woman in the video is PM Modi’s mother.

Spirit of Deepavali at tender age of 97. She’s mother of @narendramodi (Hiraben Modi -1920) celebrating Diwali at her own home👇🏼@SadhguruJV pic.twitter.com/HBXAzNXomC

On putting the screengrabs of the video through Reverse Image Search and putting the keywords such as ‘Garba’, ‘Old woman’, Dance, we came across the same video on YouTube titled ‘Garba fever’ dated September 30th, 2017.

Though the real identity of the old woman in the video is yet to be known, she is not PM Modi’s mother Hiraben. 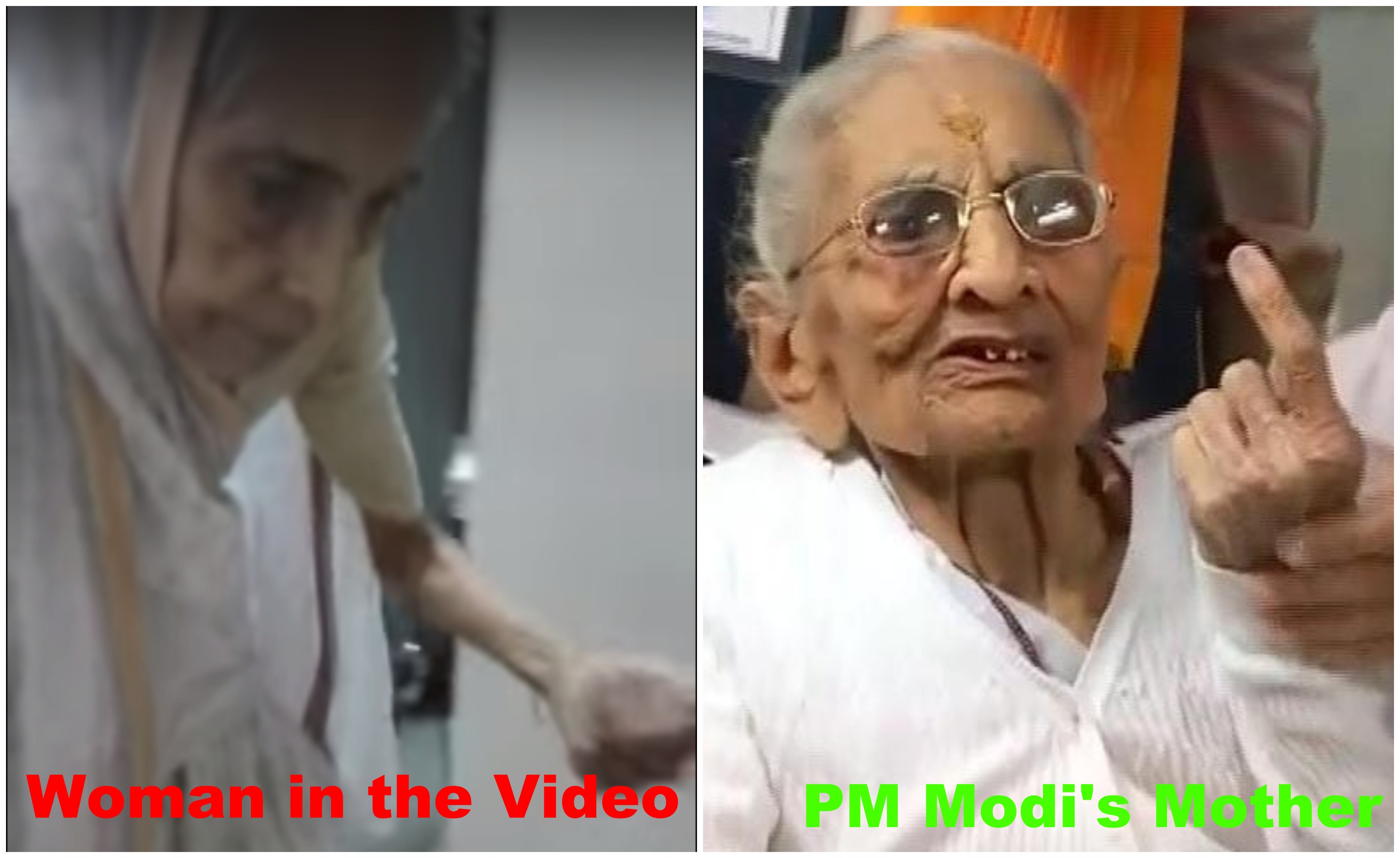 Am informed it’s mistaken identity @SadhguruJV. But salute to the mother with so much vigour. I hope i can be like her if/ when I am 96..! https://t.co/5llHN40tg8