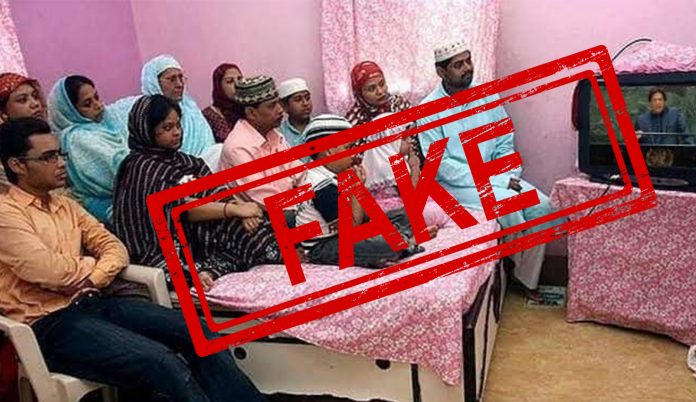 A picture of a Muslim family watching Pakistan Prime Minister Imran Khan’s UN speech is doing rounds on social media and it has been claimed that it is an Indian family in the picture.

The text with the picture read: “We have heard Imran Khan’s speech with our entire family in India. It is heartening to hear the words of Islam. ” 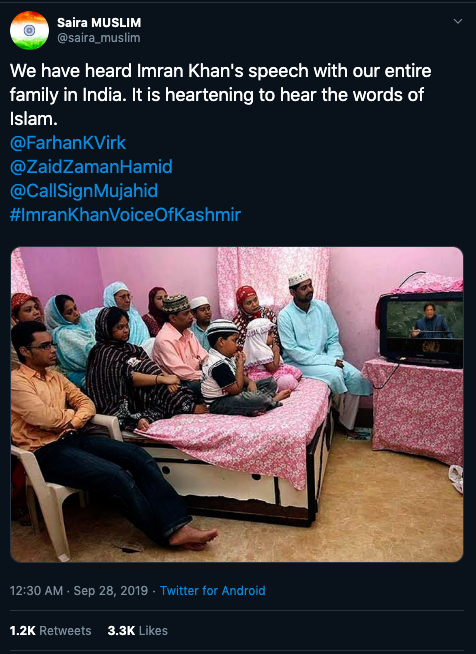 We have heard Imran Khan’s speech with our entire family in India. It is heartening to hear the words of Islam.@FarhanKVirk@ZaidZamanHamid@CallSignMujahid#ImranKhanVoiceOfKashmir pic.twitter.com/R6hcZ2cwZP

At the time of filing this report, the above tweet was retweeted by over 1,200 users.

ALSO READ: PM Modi once clicked with Chhota Rajan? Here’s the truth behind…

On putting the picture through Reverse Image Search, we came across an article by The Star dated June 5th, 2009, which had the original picture. In the original picture, it was former US President Barack Obama on the TV screen and not Pak PM Imran Khan. 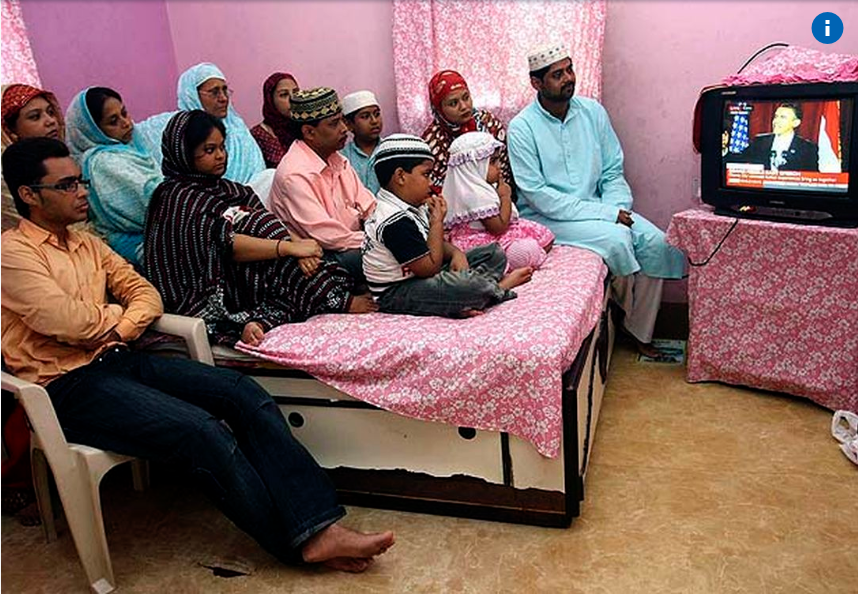 Since the picture was used in an article dated 2009 and Pak PM Imran Khan addressed the UNGA in 2019, hence, it is clear that the picture is Photoshopped. 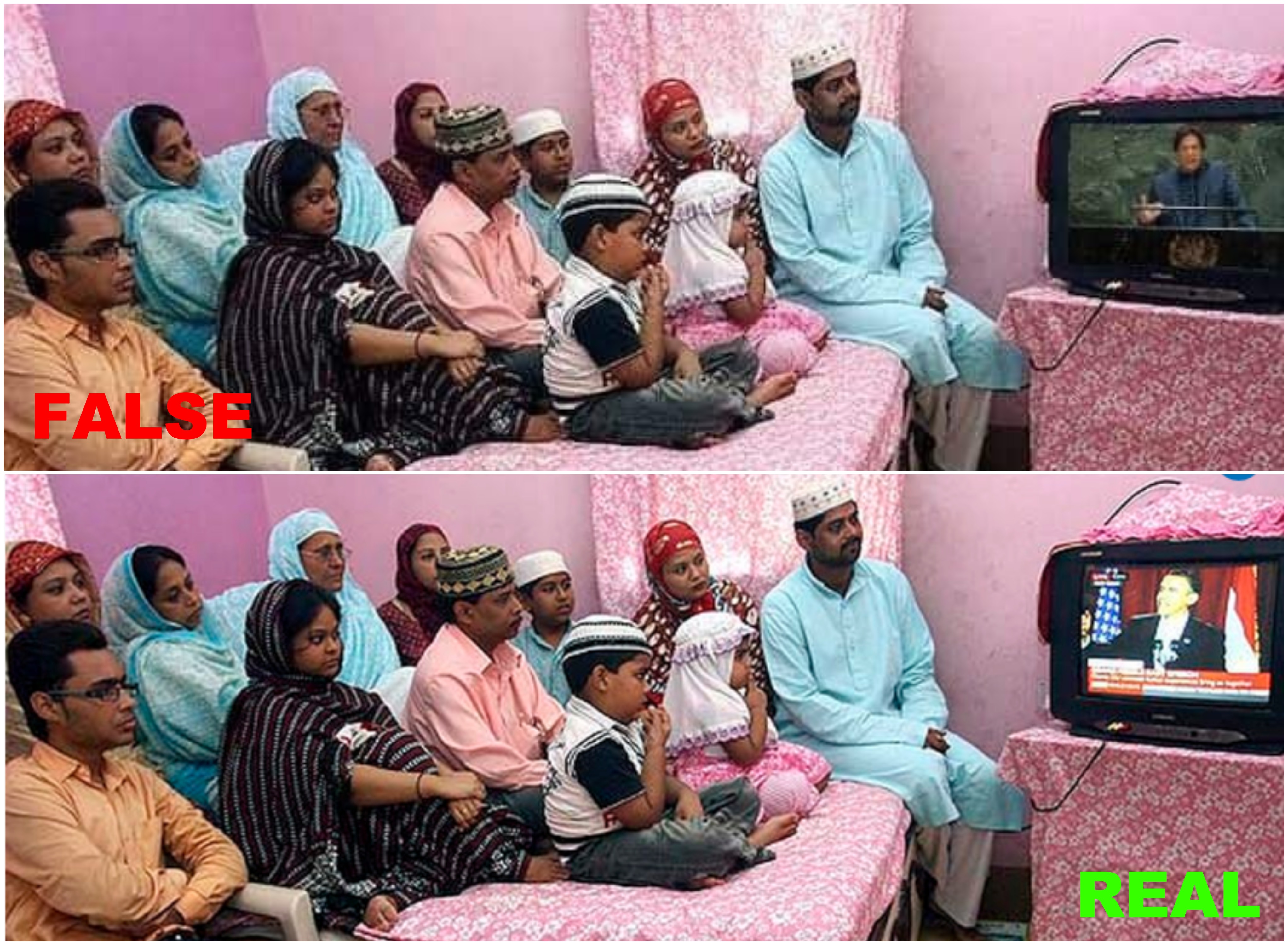 It is clear in the above FAKE vs REAL that Imran Khan’s screengrab from his UNGA address is superimposed on Obama’s picture in the original picture.