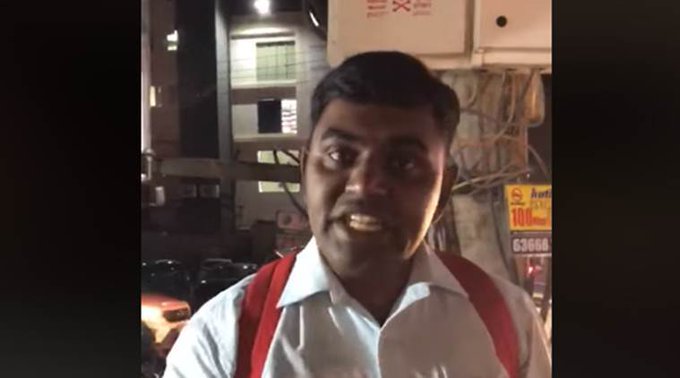 In another case of a unsolicited and self-proclaimed moral policing, a woman in Bengaluru, who was riding pillion on a bike with her boyfriend was stopped by a stranger and harassed as she was ‘not following Indian rules’ and didn’t dress appropriately.

According to reports, the 28-year-old woman was yelled at by the stranger man as he asked her to follow ‘Indian rules and wear proper clothes’ because she was wearing shorts.

The video was uploaded by the woman’s friend Simran Kapoor, a Bengaluru resident, who narrated the incident in the caption.

According to her, when the man approached her friend in HSR Layout, he was not drunk.

“He was a sober educated Indian common man who is now keeping a watch of the sanctity of his own ‘Indian culture’ that he thinks is wronged by dress code of my friend (sic),” the Facebook post said.

“His nonchalant behaviour was so scary as he kept on asking people nearby pointing at my friend in support to give a judgement whether he was right or wrong as you see in the video,” she added in the post.