A video of two people playing ping pong is being shared on social media. As per the claim, the clip is from the 70s depicting Bruce Lee playing Table Tennis using ‘Nunchucks’.

“A priceless clip of 1970 of Bruce Lee playing Table Tennis with his Nan-chak !! His focus on speed, reflexes and accuracy was absolutely incredible,” the caption read.

One of the readers sent us the same video on our official WhatsApp helpline number to check the authenticity of the claim attached to the video. 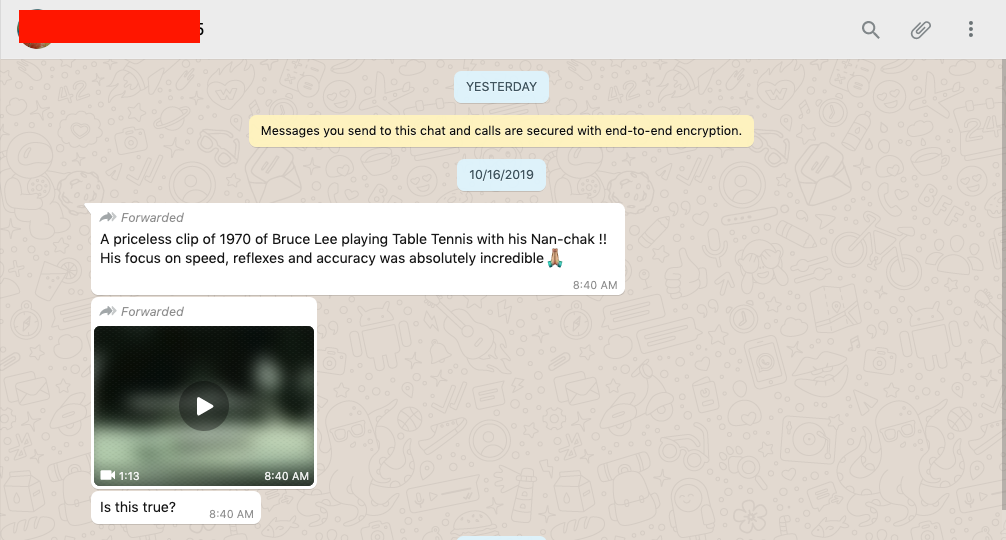 As per the article, the video is an ad for the Nokia N96 Bruce Lee Limited Edition created by JWT in 2008.

We also found an interview of the JWT team with Agency. Asia. In the interview they discussed the ” Bruce Lee Ping Pong ” ad.

At one point in the interview, Polly Chu also says that the director worked hard to find the talent so that the clip seems real. This clarifies that the man in the video is not actually Bruce Lee.