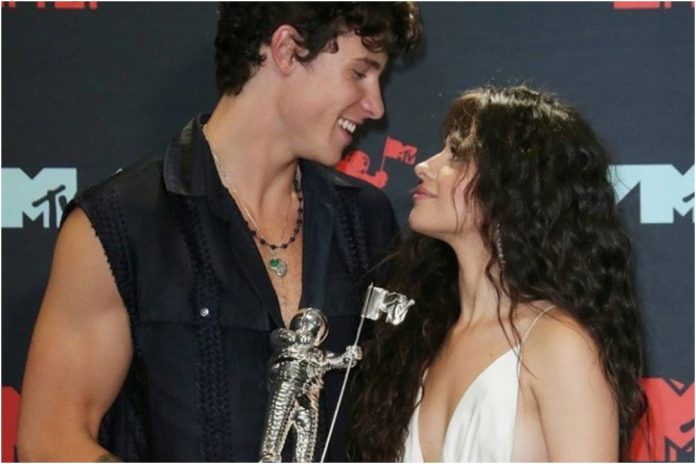 Seems like singer Camila Cabello is head over heels in love with fellow singer Shawn Mendes.

Cabello, who was tight-lipped about her relationship with Mendes a few months back, is not holding back anymore. The ‘Havana’ singer publically expressed her love for Mendes and said that they are “pretty happy” together, reported Us Weekly.

The 22-year-old singer recently appeared on The U.K.’s Capital Breakfast radio show, where she made a public declaration of love.

“We’re pretty happy,” she said when the hosts asked her about dating him. “I really, really love him a lot,” she said of Mendes.

She also explained how their relationship first formed.

“There was a period where we didn’t hang out as much just because we were both busy, and this song was really fun because we got to just hang out again like we did on the song we did before, ‘I Know What You Did Last Summer,'” she said.

“Which was when we got really close. We were like ‘oh yay, we get to be pals and just hang out’,” Cabello added.

And what started out as something secretive became pretty impossible to hide as time passed by. During the 2019 MTV Video Music Awards on August 26, Mendes and Cabello performed their hit song ‘Senorita’ and fans went crazy over their undeniable chemistry. The two nearly kissed several times during the romantic performance and even held hands as they walked off stage.

Before the awards show aired, an insider told Us Weekly that the two were “really nervous about nailing their performance.”

The duo had been rehearsing a lot, the source added since it was “the official debuting of them as a couple” and they wanted it “to be amazing and perfect.”

The pair first sparked romance rumours in June with the release of the music video of their song ‘Senorita’.

Shortly after, a source told Us Weekly, “Shawn and Camila started off as just friends, which they have been for years, but the more time they spent together, the more they started having feelings for each other.”

“It quickly turned into a fun, lighthearted summer fling-type situation,” the insider added, “but now it’s developing into something more serious.”

Throughout the summer, the duo remained private about their relationship status, despite being spotted kissing in public on multiple occasions, including over coffee in San Francisco, in the ocean in Miami, during a date night in Montreal and in Mendes’ hometown of Toronto.