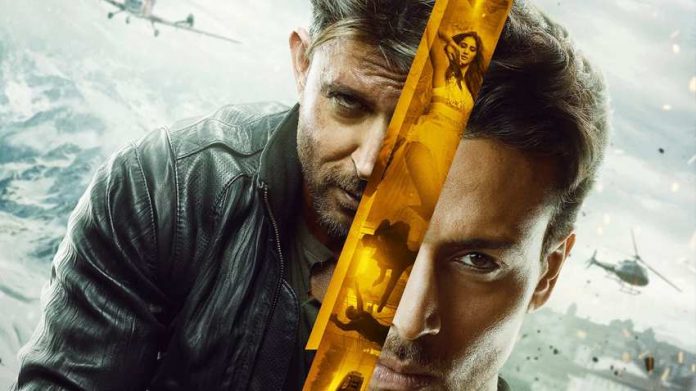 The film is all about swank and style, action and adrenaline, combats and chases, wow looks and location- in all , a complete look good, feel good film that’s a good masala entertainer.

While Kabir is on his killing spree, Khalid not only has to find who is next but more importantly why. The narrative goes back and forth simultaneously to show us the past background about Khalid and Kabir when they were together as a team and the present day cat and mouse game between them.

ALSO READ: Housefull 4 all set to be released on…

While the film’s basic premise and story line does not sound new, the film opens to some impressive action, and thrills. Right from the word Go, Hrithik and Tiger take up the responsibility of giving you an eyeful.

Watching perfect looking Hrithik, all tanned and toned, with a full on swag and style is a delight. Tiger is on his best mode in some superbly choreographed action scenes. Watching them together whether in action or in dance is pure pleasure. When they groove together, they are epitome of symphony and fluidity.

The action scenes , stunts, combats and chases keep you engaged. A set of four action choreographers bring together an action extravaganza that seemed quite at par with Hollywood. As a bonus, we have the good-looking hunks chasing and fighting it out in some wow locations across the world.

But thankfully the jazz and show that has been pumped in doesn’t let you complain. Post intermission, some unexpected Abbas – Mastan kind of twists and turns add up to the thrill factor.

Performance wise, Hrithik was in superb form, whether in looks or action or his stylish diction. Tiger was superb in what he’s good at, i.e. dance and action and still not good at what he’s bad at, i.e. emoting. The director has smartly and mostly used his best aspects. Vaani looked good and superfit in her small , meaningful and glam role.

Two songs- Jai Jai Shiv Shankar and Ghungroo made up for their mediocre music by some superbly picturized choreography and performance.

The film might not be a new chapter in genre of spy thrillers. Neither was it wow in terms of story. But, it’s a great watch – for being a very stylish and very hollywood-esque action thriller. And for the visual delight of watching together the two best men in industry in action and dance and in their top form .