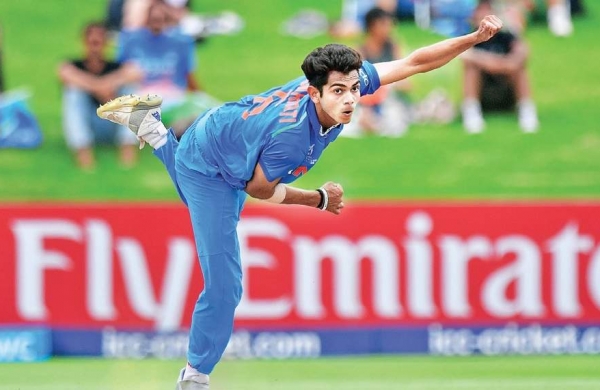 Young pacer Kamlesh Nagarkoti on Monday returned to the Indian team for the upcoming Emerging Asia Cup after a 19-month injury layoff.

The pacer, who excelled in India’s triumphant campaign at the U-19 World Cup in New Zealand last year, has been constantly monitored by experts at the National Cricket Academy (NCA) in Bengaluru, where he underwent rehab following a stress fractures in his lower back, heel and ankle.

The 19-year-old, who picked the first ever hat-trick for Rajasthan in List A cricket, last played a competitive game during the Vijay Hazare Trophy last year.

Nagarkoti, who formed a fine combination with fellow pacer Shivam Mavi during the World Cup, is one of the notable names in the squad announced after a meeting of the junior selection committee in Mumbai.

The tournament is scheduled to be held in Bangladesh in November.