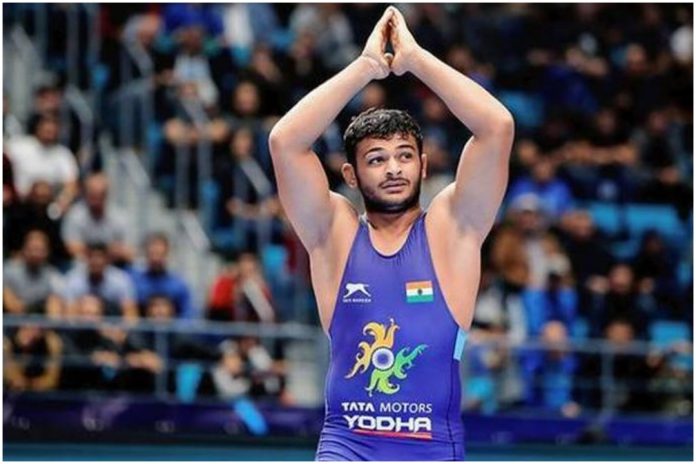 World Championship silver medalist wrestler Deepak Punia has jumped to world number one position in 86kg but Bajrang Punia lost the top rank in the 65kg category in the latest rankings issued by the international federation (UWW).

Competing in his maiden senior World Championship, Deepak settled for a silver after an ankle injury forced him to pull out of the final against Iranian great Hasan Yazdani.

This year, Deepak had won a silver Yasar Dogu and bronze medals at Asian Championship and at Sassari tournaments. He has been rewarded for his consistent show.

However, Bajrang, who went into the World Championship as world number one, dropped to number two spot after managing a bronze.

The 25-year-old now has 63 points while Russia’s Gadzhimurad Rashidov, who won gold in Nur Sultan, is the new world number one in 65kg.

In 57kg, world bronze medallist Ravi Dahiya has entered the top-five bracket. He is ranked exactly five with 39 points while Rahul Aware’s bronze medal has pushed him to world number two.

Meanwhile, in women’s rankings, Vinesh Phogat, who also won a bronze in Nur Sultan along with Tokyo Olympic quota, has jumped to number two in 53kg category, gaining four places after her stupendous show last week.

In 50kg, Seema Bisla has dropped a rung to number three while Pooja Dhanda (32) is ranked five in 59kg, two places behind compatriot Manju Kumari (40).