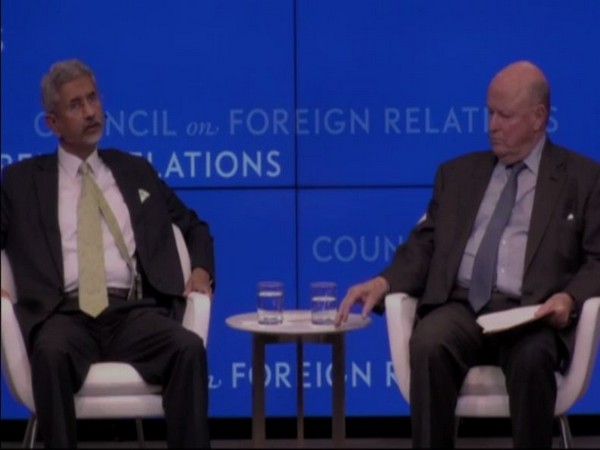 External Affairs Minister, S Jaishankar at Council on Foreign Relations (CFR) programme in New York on Wednesday called Pakistan a “challenging neighbour” and stressed while there is terrorism globally, there is no country in the world that sponsors terror consciously and deliberately against India.

“You have a neighbour who will not trade with you…who will not allow you connectivity…who has slowed down regionalism…who filters people-to-people interaction. It is a very challenging neighbour,” he said in an interactive session with Frank G. Wisner, a former US ambassador to India.

EAM, @DrSJaishankar at Council on Foreign Relations (CFR) programme in #NewYork: Issue is not whether to talk or not, everybody wants to talk to their neighbor. Issue is how do I talk to a country that is conducting terrorism & follows a policy of implausible deniability. pic.twitter.com/SJCz8YFUTj

“You have terrorism in different parts of the world, but there is no part of the world where a country uses it consciously and deliberately as a large scale industry against its neighbour,” the minister stressed.

Jaishankar said that a country is ready to have a dialogue with their neighbour, but questioned that how India can have negotiations with a nation that is nurturing terror and following a policy of implausible deniability, in a reference to Pakistan.

“The issue is not whether to talk or not, everybody wants to talk to their neighbour. The issue is how do I talk to a country that is conducting terrorism and follows a policy of implausible deniability,” he said.

He said he does not think that the fundamental issue between India and Pakistan is Kashmir.

“To my mind, the big challenge before us is — if you have differences with a neighbour, how do you resolve it? Now, these differences are not normal because they are rooted in our history, which is not a normal history,” Jaishankar remarked.

“Now all of that you could still handle if they do not do the one thing which is actually unacceptable — to conduct terrorism, which in their eyes is a legitimate tool of statecraft as a way to pressure you to come to the negotiating table,” he said, adding that it was not acceptable as a norm in international relations.

India has repeatedly maintained that dialogue with Pakistan will not be initiated until it takes concrete action against terror emanating from its soil.

Calling Pakistan “terroristan”, Jaishankar on Tuesday had said that Islamabad has created an “entire industry of terrorism” to fuel unrest in Jammu and Kashmir and New Delhi cannot talk to a country that sponsors terror.

“They have to accept the model which they have built for themselves, no longer works. You cannot in this day and age, conduct policy using terrorism as a legitimate instrument of statecraft that is at the heart of the issue. We have no problem in talking to Pakistan, we have a problem talking to terroristan,” the minister said during an interview to Asia Society Policy Institute’s President Kevin Rudd.