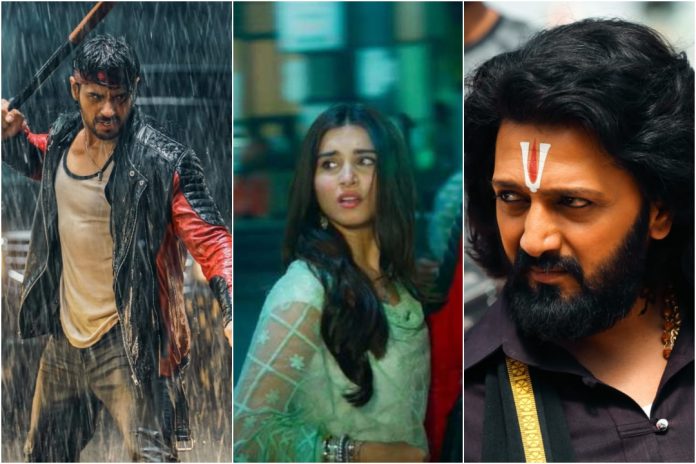 The power-packed trailer of ‘Marjaavaan’ starring Sidharth Malhotra, Riteish Deshmukh, and Tara Sutaria is finally out now and leaves the audience in a Deja Vu as it reminds them of ‘EK Villain’ due to some really obvious elements in the trailer.

The three-minute-16-second trailer of the film sees Sidharth playing the role of a rowdy, angry Raghu who walks around with a match-stick in his mouth and spouts some smart one-liners.

The trailer also shows Riteish Deshmukh who plays a vertically challenged antagonist whose height is just 3-feet. Riteish who is back for revenge, promises to make Raghu’s life hell.

Both the leading men are looking extremely fierce and thirsty for blood, ready to pounce upon each other.

It’s for the first time that fans will see Sidharth romancing Tara who is playing the character of Zoya, and their chemistry in the trailer is unmatchable.

ALSO READ: Akshay Kumar all set to take you on a joyride of…

Apart from the fist-clenching stunts and action sequences, the film also comprises of a special dance number by none other than gorgeous Rakul Preet Singh.

‘Marjaavaan’ marks the second collaboration between Sidharth and Riteish after ‘Ek Villain’. It is bankrolled by Bhushan Kumar, Divya Khosla Kumar, and Krishan Kumar along with Monisha Advani, Madhu Bhojwani and Nikhil Advani.

The flick is slated to hit the theatres on November 8, 2019.