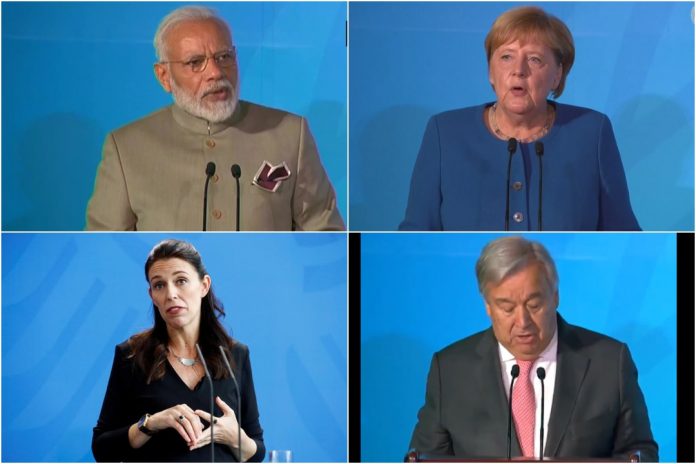 About 60 world leaders took part in the summit and Prime Minister Narendra Modi was among the first set of speakers who addressed the summit.

He said the world was not doing enough to tackle the climate crisis, calling for “global behavioural change”.

Talking about India’s efforts to combat the climate change, PM Modi said, “We are encouraging e-mobility in our transport sector. We have given gas connection to 150 families. We have also started Jal Jeevan mission for rainwater harvesting.”

We are promoting e-mobility in our transport sector. India is also working to considerably increase the bio-fuel blended in petrol and diesel. We have given gas connections for clean cooking to 115 million families: PM @narendramodi

While German Chancellor Angela Merkel said that Germany will be reaching carbon neutrality by 2050 and it will also start producing two-thirds of its electricity from renewables by 2030.

He also begged other nations to increase their pledges to the Green Climate Fund, which helps poorer nation with climate issues.

Prime Minister of New Zealand, Jacinda Ardern, reiterated the measures taken by her country to fight against climate change. She mentioned a stronger emissions trading scheme and a grant of $300 million which has been set aside to support “climate mitigation and adaptation in the Pacific”.

President Donald Trump made an unscheduled brief stop at the  summit but did not speak.

The Climate Action Summit aims to boost action to implement the Paris Agreement, which was signed in 2015.