Home Home Slider ‘Howdy, Modi’ LIVE Updates: ‘Now we are aiming high and we are... 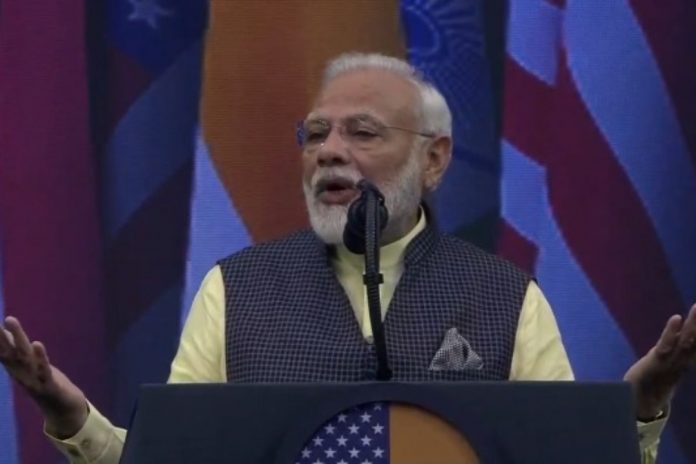 PM Modi said: “You can feel the strength and depth of human bonds of our two great nations. People are at the heart of all relationships from Houston to Hyderabad.”

Talking about terrorism, PM Modi said, “Time has come for a decisive battle against terrorism and against those who promote terror. I want to stress on the fact that in this fight, President Trump is standing firmly.”

“Some people, who can’t control their country, are having problems with what is going on in India. Their politics is hatred towards #India and cultivate #terrorism. You and the entire world knows who they are,” he added.

On the other hand, President Donald Trump also addressed the Indian diaspora and said: “I am thrilled to be here with one of our greatest friends PM Modi of India. It is my immense privilege to be here with him today.”

#HowdyModi | I am thrilled to be here with one of our greatest friends PM Modi of India. It is my immense privilege to be here with him today: US President @realDonaldTrump https://t.co/SBixNRmJkE pic.twitter.com/Y9Ibq2VzFV

The event witnessed over 50,000 Indian-Americans.

The summit, with the theme of “Shared Dreams, Bright Futures” highlighted the contributions of Indian-Americans in enriching the American life for the last seven decades as well as the key role they have played in strengthening relations between the two nations.