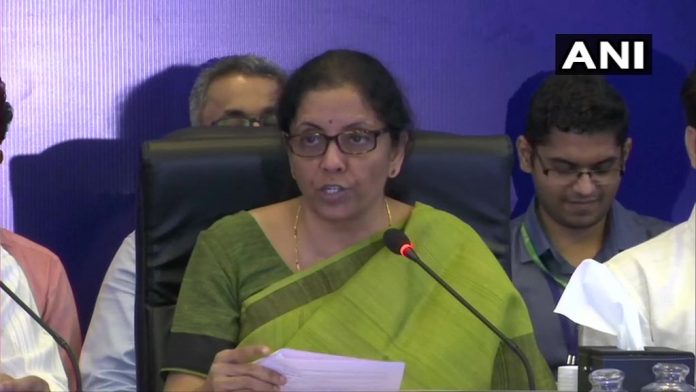 Finance Minister Nirmala Sitharaman on Friday announced the reduction of GST rates on a slew of items including slide fasteners, marine fuel and wet grinders and increased for railway wagons and coaches among others.

Addressing a press conference after 37th GST council meeting in Panaji, Goa, she also announced the rate cut on dried tamarind, plates and cups made of bio-friendly stuff, cut and policied semi-precious stones.

GST rate has been reduced on the following items-

A rate cut of 0.25% has been announced on cut and policed semi-precious stones, Sitharaman said.

The applicable rate for specified goods of petroleum operations undertaken under Hydrocarbon Exploration Licencing Policy (HELP) has been brought down to 5%, she announced.

The GST rate has been increased for goods falling under chapter 86 of a tariff like Railway wagons, coaches, rolling stock from 5% to 12% to “address the concerns of ITC accumulation with suppliers of these goods and services”. “This is without refund of accumulated ITC. This is demanded and justified,” Sitharaman said.

She also announced that GST and I-GST will be exempted for imports of specified defence goods not being manufactured indigenously. “This is being extended upto only 2024,” the Finance Minister said.

Services and goods for FIFA and other specified persons for organising Under-17 Women’s World Football Cup in India and supply of goods and services to United Nation’s Food and Agriculture Organization (FAO) for specified projects have also been exempted, the Finance Minister announced.

The Council decided to reduce the rate of GST from 5% to 1.5% on supply of job work services in relation to diamonds.