Home Home Slider This is not the video of Saudi drone attack; here’s the fact...
ShareTweetGoogleWhatsappPrint
Mail

Following the drone attack on two key oil installations in Saudi Arabia, a video is making rounds on social media claiming to be of the bombing that took place on September 14th, 2019.

ALSO READ: Did French President Macron dance with his teacher, now his wife,…

When NewsMobile fact-checked the above video, we found the claim attached to it to be FAKE.

On putting the keyframes of the video through a Reverse Image Search, we came across the same video on YouTube dated August 17th, 2014.

The title of the video read: ‘2012 Gas plant explosion Mexico”.

To further confirm it, we did a Google search with keywords such as 2012, Gas plant, Explosion, Mexico. We came across several news reports confirming the explosion at a Gas Plant in Mexico. 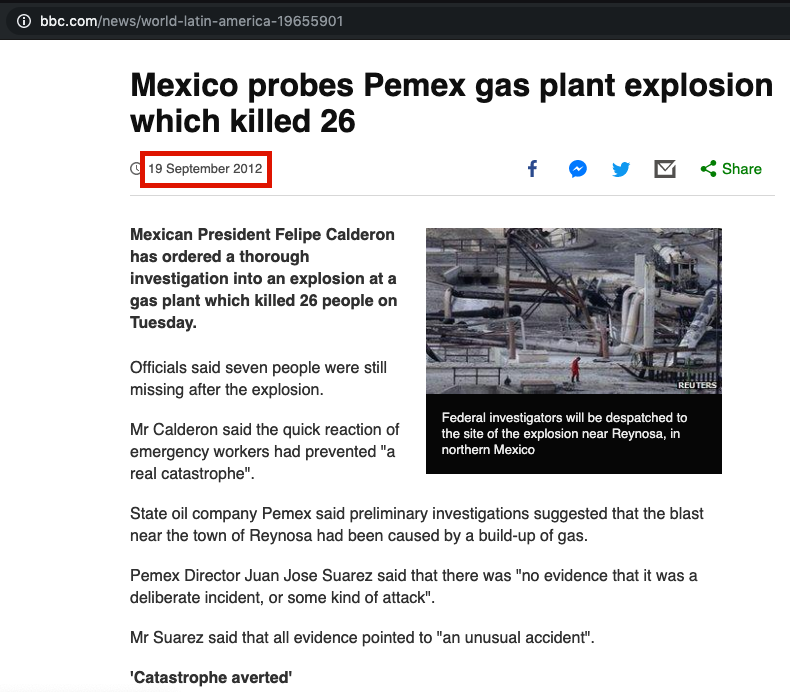 Hence, the above information proves that the claim attached to the viral video is FAKE.