Home Global Traveler Planning a trip to Sikkim? You can finally take a train
ShareTweetGoogleWhatsappPrint
Mail

If things go as planned, a direct train from Sealdah to Rangpo in Sikkim will finally be implemented in two years. The Indian Railways has set the commissioning date for the said 44.9 km Sivok-Rangpo project for 2021, and work is in progress to meet the deadline.

Once completed, this train ride will give you breathtaking views with bridges and tunnels on the way. 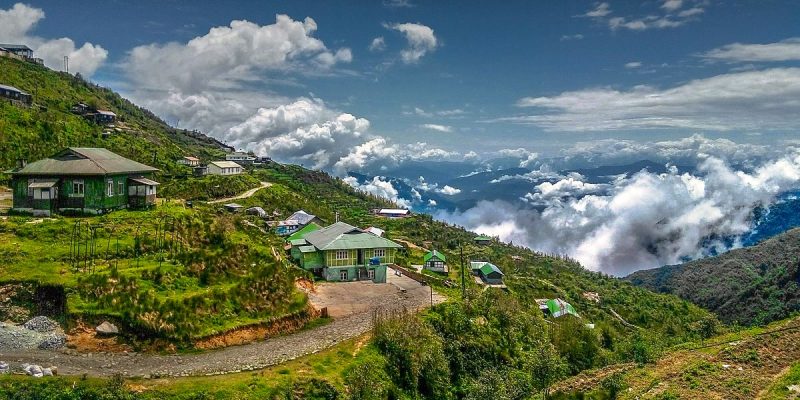 As of now, the most viable way to reach Sikkim is the road route, i.e, Sivok to Rangpo, whereas the new Pakyong Airport is operational only when the weather conditions are favorable.

An official from the Northeast Frontier Railway (NRF) said that traffic gets stuck on the Sivok-Rangpo route frequently because of landslides and other reasons. However, the train journey will be less than two hours, which will cross Riang, Teesta Bazaar, and Melli stations.

Travelers can simply take this train ride, and hire a vehicle to take them to Gangtok or some other location. As per the reports, tracks will be laid up to Gangtok during the second phase of the project. 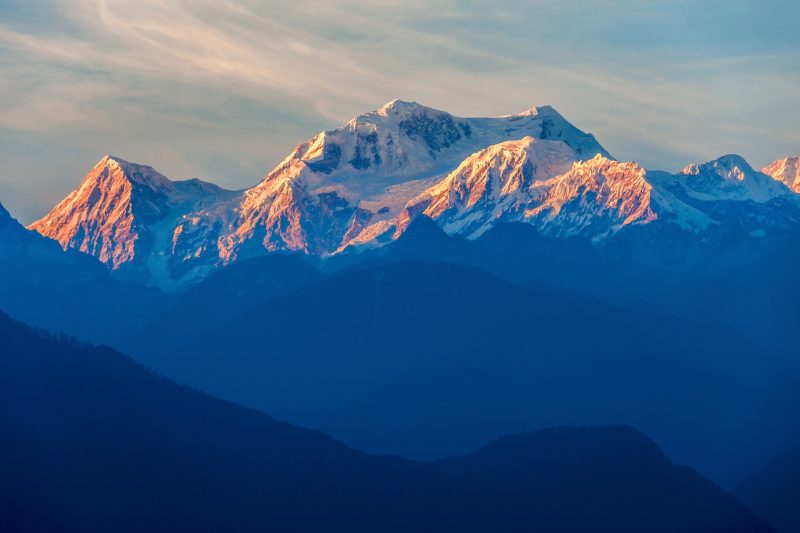 Several issues, such as land acquisition and environmental clearances, kept hindering the project since 2009. Reportedly, 85% of the total train journey will be through tunnels, with a total of 14 tunnels. While the longest of these will be 5.27 km, the shortest will be of only 538 m. The route will pass through the forest divisions of Darjeeling, Kurseong, Kalimpong, and East Sikkim and also through the Mahananda Wildlife Sanctuary. The tunnels will be built to ensure there is no impact on the flora and fauna. Apart from the tunnels, there will be 19 bridges along the picturesque stretches. 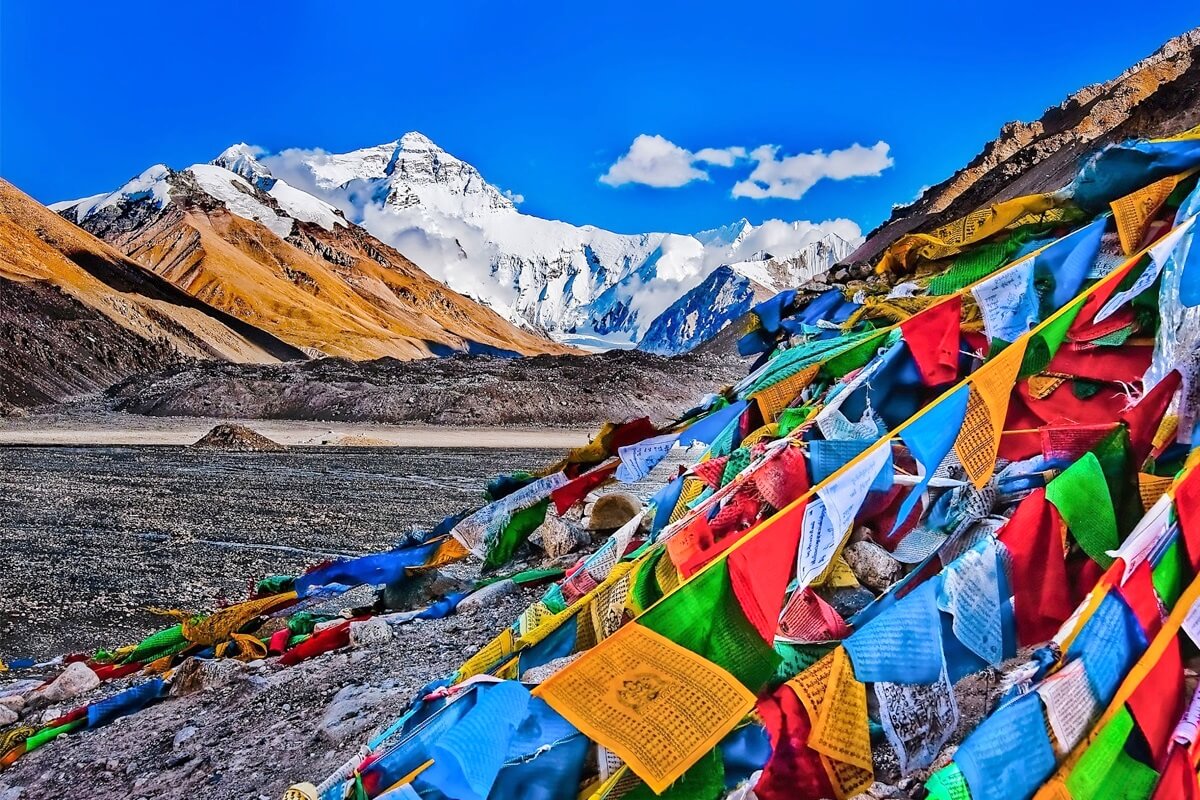 What not to be missed in Sikkim?

Gangtok has delicious cafes all over. Walk around the main road, shop for traditional clothing and decoratives. Don’t miss the local momos and the flavourful chowmein.

The ‘Goecha La’, a classic route from where the Kanchenjunga is clearly visible should be on the itinerary too. 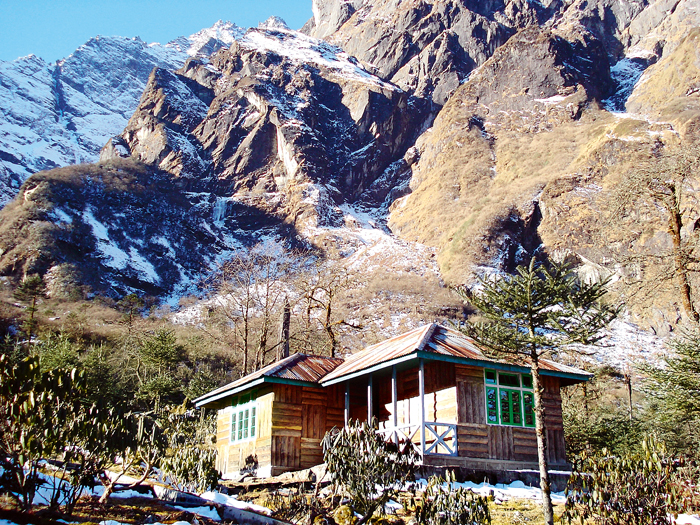 If you want to get away from the crowds and relax in a peaceful place, head to Pelling. A must-visit is the oldest monastery in Sikkim, the Pemayangtse monastery.

The Khecheopari Lake, also known as the ‘wishing lake’ is considered holy in Sikkim. The calm and tranquility the area provides is a feeling that must be experienced.

For the adventurous at heart, head to the Gurudongmar lake situated at 17,000ft. The astonishing beauty, view and height make it almost like a feat accomplished. 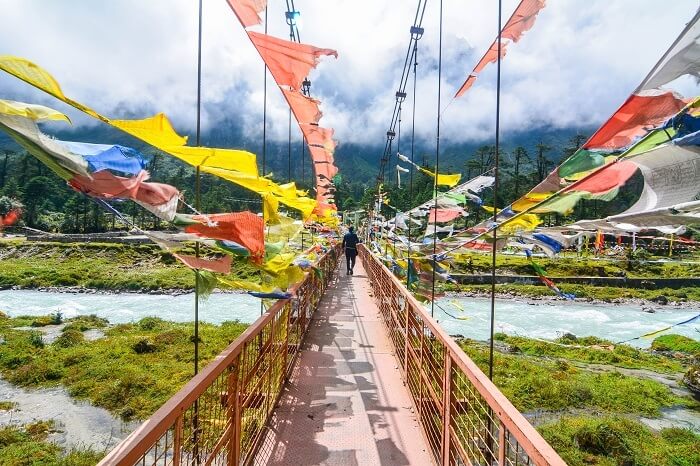 Alternatively, you can trek to the lesser altitude location called Yumthang, which is at a more manageable 12,000ft. It is also called the valley of flowers because of the many rhododendron trees. Watch the snow-clad peaks, the breath-taking sights and the freshness of the Yumthang river that flows close by.