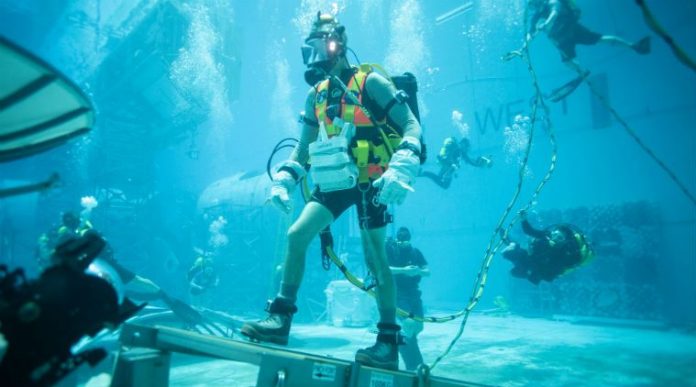 NASA aims for its second lunar manned mission by 2024 and its first-ever woman astronaut on Moon through its Artemis mission. To ensure that astronauts are prepared for lower gravity environment, NASA is now using a water tank to prepare astronaut for the challenges that arise while going into space.

The US space agency said that it is using its Neutral Buoyancy Lab which is located at the Johnson Space Center in Houston for preparing potential astronauts. At the moment, the teams are in the early stages of evaluating how the astronauts would live and work on the Moon.

The US agency explained that the teams are moving around, setting up habitats, collecting samples and deploying experiments as they will on the Moon.

\In the photograph, an entire team of divers can be seen helping in the simulated exercises. The astronaut in the picture is seen equipped with boots and gloves which closely match with what they wear during the moonwalks and spacewalks.

The space agency explained that its astronauts wear weighted vests and backpacks to simulate walking on the Moon, which has one-sixth the gravity of Earth.