A video is doing rounds on social media in which men in uniform can be seen thrashing other men and it is being claimed that the officials of the Indian Army were assaulting Kashmiri Muslims.

The caption with the video read: “Please send this to all the people you know around the world to show them what the Indian ARMY is doing to the Kashmiri Muslims.”

When NewsMobile fact-checked the above post we found that the claim attached to the video is False.

On putting the keyframes of the video through Reverse Image Search we came across the same video on YouTube dated August 18th, 2010 and its title read ‘pak army punished wahabi mullaan …..MUST WACH’.

According to the caption, the video is from Pakistan and the men in uniform belong to Pakistan Army.

On digging deeper, we did a Google search with keywords such as ‘Pakistan Army’, ‘Men’, ‘beaten’ which lead us to a news report by AlJazeera dated October 2nd, 2009. The headline of the article read- “Video shows ‘Pakistan army abuse'”. 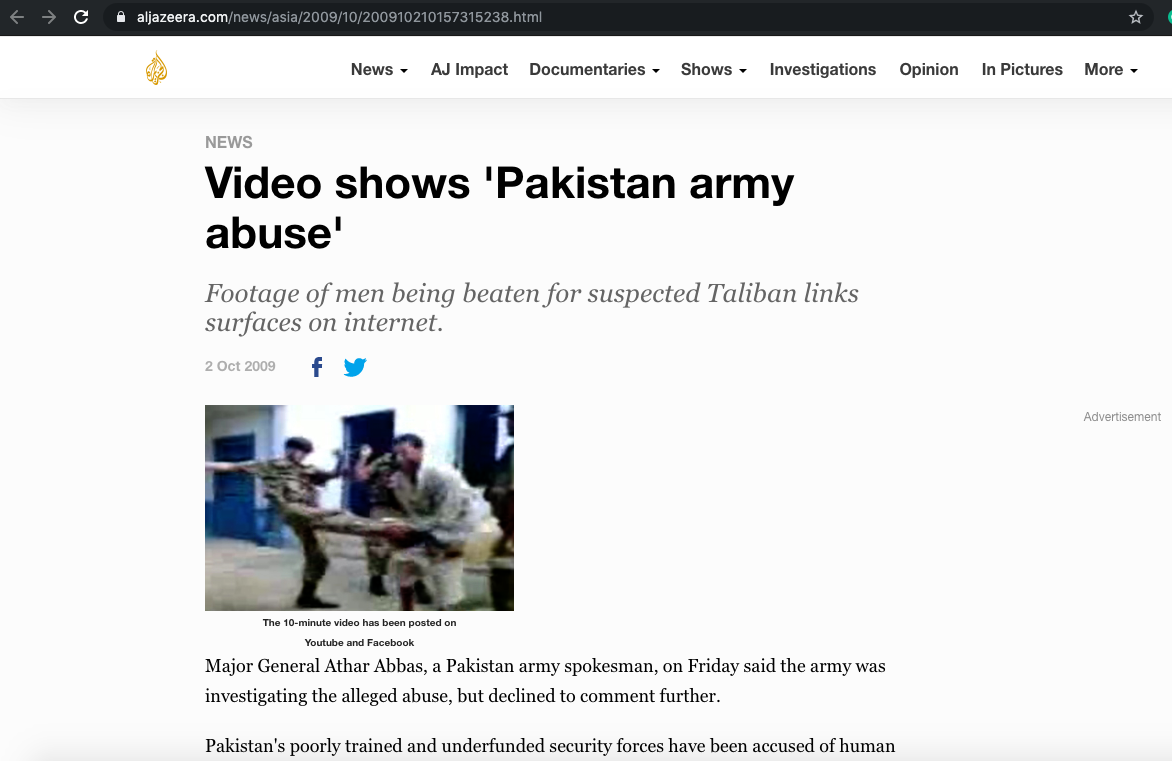