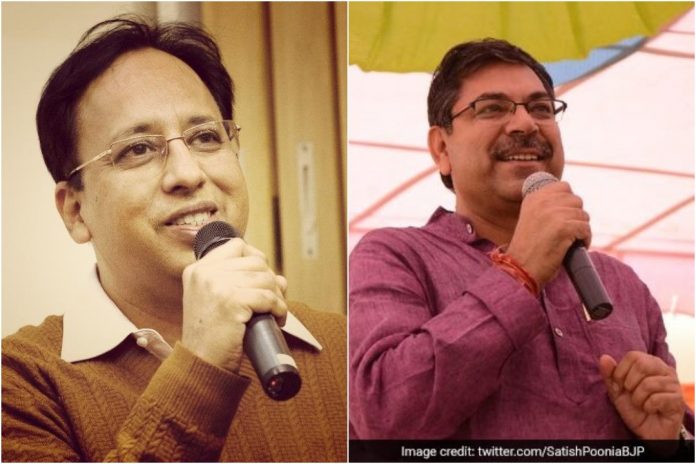 BJP on Saturday appointed its lawmaker and chief whip in Lok Sabha, Sanjay Jaiswal, as the President of its Bihar unit while it decided to give the reigns of party affairs in Rajasthan to a young face by appointing Amber MLA Satish Poonia.

Jaiswal, a three-time MP from Paschim Champaran, replaced Nityanand Rai, who was appointed Minister of State (MoS) for Home Affairs in the Prime Minister Narendra Modi’s Council of Ministers. 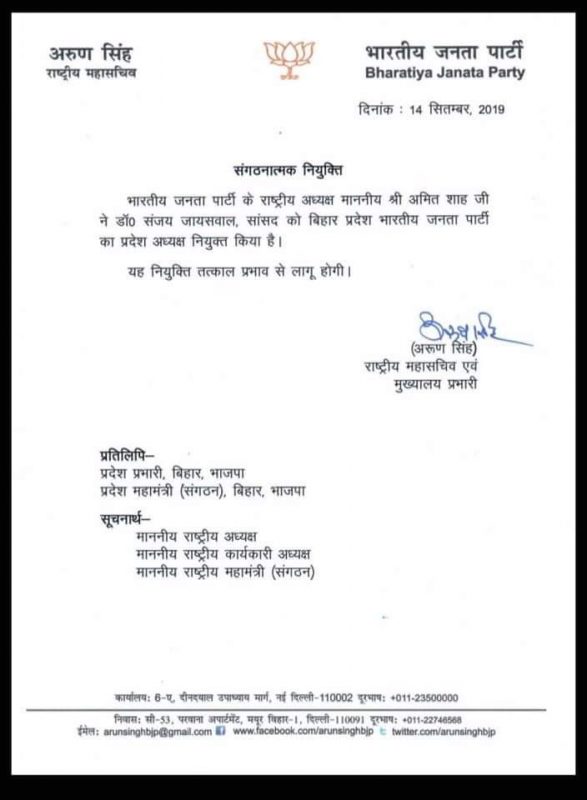 Poonia, the BJP spokesperson in Rajasthan, is considered close to RSS and is a Jat leader. The post was vacant since the death of Madan Lal Saini. He was also a Rajya Sabha MP who died at AIIMS June this year at the age of 75. 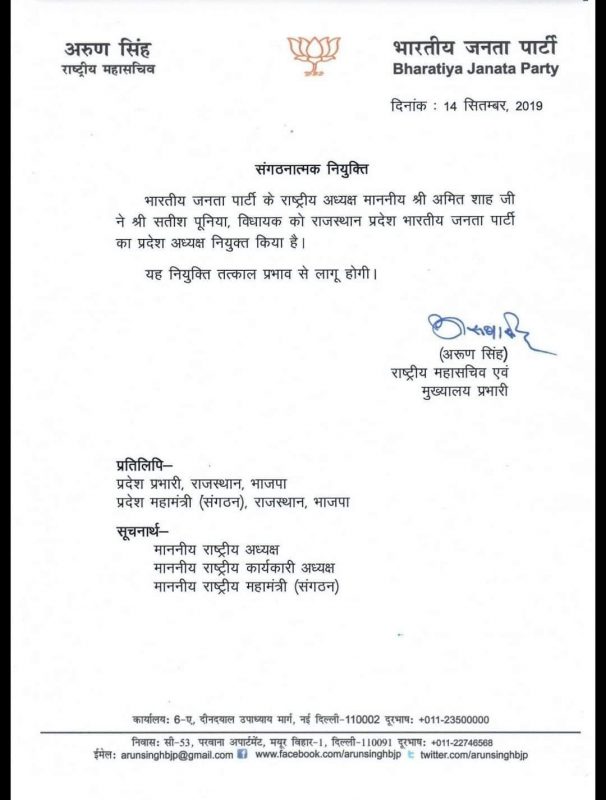 Jaiswal, who belongs to the upper caste Vaishya community, is a non-controversial face of the party with a clean image.

His appointment is seen as the party’s efforts to secure a major chunk of the votes of upper castes who are believed to be, by and large, supporters of the BJP.

The party, which contested the 2019 Lok Sabha polls in alliance with Janata Dal-United, had given maximum tickets to candidates from the upper caste, a formula which worked in the general elections.

According to the figures, the Vaishya community constitutes about 23 per cent of the population in Bihar.

The NDA alliance contested against a combine of the JD-U and the Rashtriya Janata Dal (RJD) in the 2015 assembly election and lost.

Nitish Kumar’s JD-U later broke ties with Lalu Yadav’s RJD and teamed up with the BJP to form the government.

The challenges before Jaiswal would be the next Assembly polls and also strike a balance with JD-U.

Poonia’s appointment in Rajasthan came as surprise for many because heavyweights like former Union Minister Rajyawardhan Singh Rathore and former Minister and close aide of former Chief Minister Vasundhara Raje, Rajendra Rathore were also in the race among others.

Poonia’s RSS background and hailing from the politically strong Jat community also worked in his favour. He had been the General Secretary of BJP Rajasthan for four terms consecutively and that too without belonging to any camp.

He has no controversies attached to him and has a clean image, said a party leader, adding that he is a disciplined worker of the party.

His appointment is seen as the party’s efforts to woo the Jat community which has been unhappy with BJP.

The BJP lost the Assembly elections in a close contest with Congress but won convincingly in the Lok Sabha elections by sweeping all 25 seats.