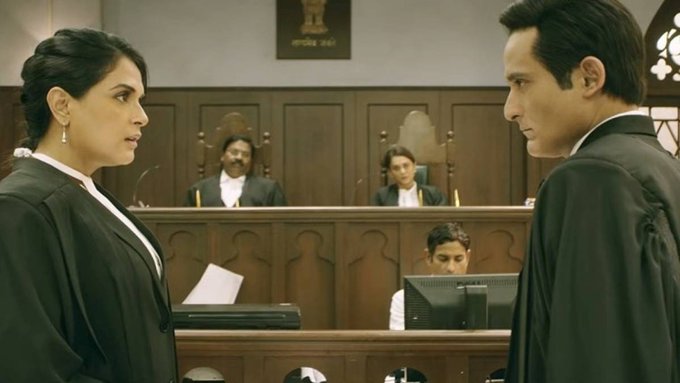 It is a superbly engaging, razor sharp, well-researched, well-written, well directed, well performed court room drama that brings to focus the use/misuse of Section 375 and brings to fore the difference between law and justice! (Verdict in a nut shell)

“Law is a fact while Justice is abstract”

The film opens to some profound and sharp dialogues and makes sure your senses are up and attentive. They immediately get to the plot wherein a junior costume designer Anjali (Meera Chopra) accuses renowned film director Rohan khurana (Rahul Bhatt) of rape.

In the entire duration, we get to see cringeworthy aspects of investigations and procedures, the botched up police probes and handling of evidences and the way victim or the accused might end up being on the wrong side just because of the case not being handled well or boundation of law or precedent cases.

We gradually get to see various contradictory versions of the incident and detailed nuances of legal aspects of the case.

The court proceedings hold your undivided attention and many revelations add surprise and maintain the intrigue. The narrative keeps you so hooked and so hanging that it’s impossible for to take sides up till the climax. 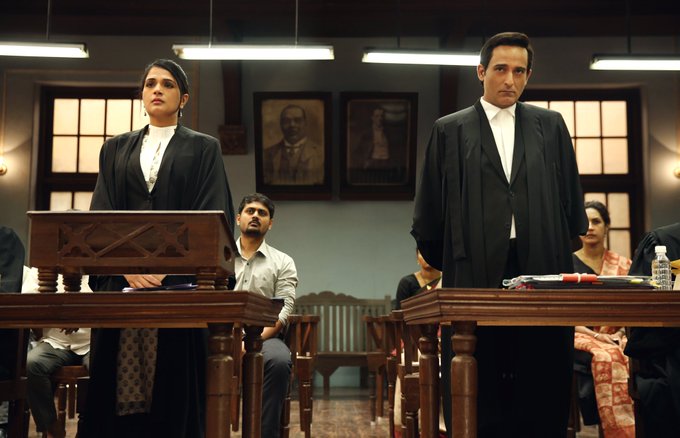 The perfect sync amongst the creative team becomes evident right from word go.

Manish Gupta, the man who wrote Sarkar, has written the story, screenplay and dialogues. The screenplay is tight and the dialogues sharp. The legal nuances seem well researched. Cinematography by Sudhir K Choudhary is noticeably superb. The angles, the close ups, make sure your focus is where it needs to be. Editing by Praveen Angre is flawless. The locations, sets and costumes are impressive. The hard work on detailed nuances is noticeable.

There is no song to break the pace and add unnecessary drama. Just some good background score by Clinton Cerejo.

Overall, Ajay Bahl’s direction has perfectly synced all the aspects together in this brilliant film.

The track neither looses focus , nor pace and never gives in to histrionics or dramatic dialogues.He keeps the treatment of narrative minimal and no nonsense and the results are superlative.

Akshaye Khanna delivers a performance par excellence. His intensity and typical style of delivery floors you. 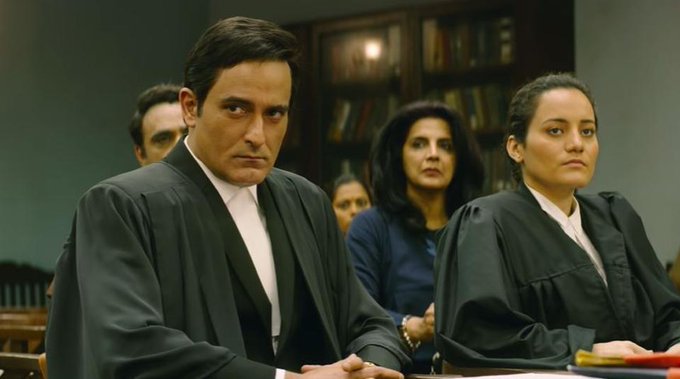 Richa Chaddha holds good though I personally feel her character wasn’t etched as deep as Akshaye’s.

Shriswara really impressed me with her portrayal of a quiet, resolute, deeply pained wife, doubting but standing by her husband, with minimal dialogues and 100% expressions!

Meera Chopra failed to wow though there was much scope for her as the victim.

In the present times ,the film rightly brings to fore the relevance of Section 375 of IPC and intricacies of will, consent, coercion, influence by means of being in position of power etc in rape cases.

Its bound to start a raging debate in the aftermath of recent ‘#MeToo’ movement. Though they have tried to present a smartly balanced narrative, they might also be seen as unduly and indirectly seemingly benefiting a certain side.

Well, you have all reasons to go, watch and decide yourself – top notch screenplay, dialogues, direction, performances and the absolutely riveting narrative.