Fact Check: No, Priyanka Chopra did not say this about Lord Shiva | Newsmobile
Saturday, August 13, 2022

The post also attributes a quote to the actress where she is insulting Indian god Shiva.

When we ran a Google search with keywords ‘Priyanka Chopra lord Shiva’, we did not find any report confirming this statement.

We found an article by Hindustan Times published in 2012 stating that she is, in fact, a devotee of Shiva. 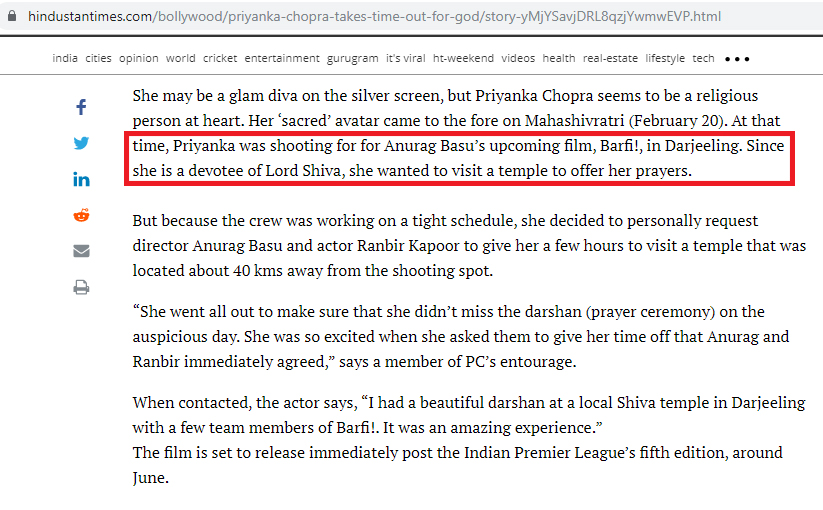 We also found a tweet by the actress dated February 24, 2017, where she fans on Mahashivratri.

Greetings for #Mahashivratri today. Lord shiva..protector of life..may u protect us all, inspite of everything the world is dealing with..

This proves that the statement in the post is fake.