A picture post is doing rounds on social media according to which Parle’s oldest factory in Mumbai was shut after 87 years of operations.

The text on the picture read: “India’s oldest Pali factory in Mumbai shuts down after 87 years. Started in 1929 the factory had to be closed due to low productivity” 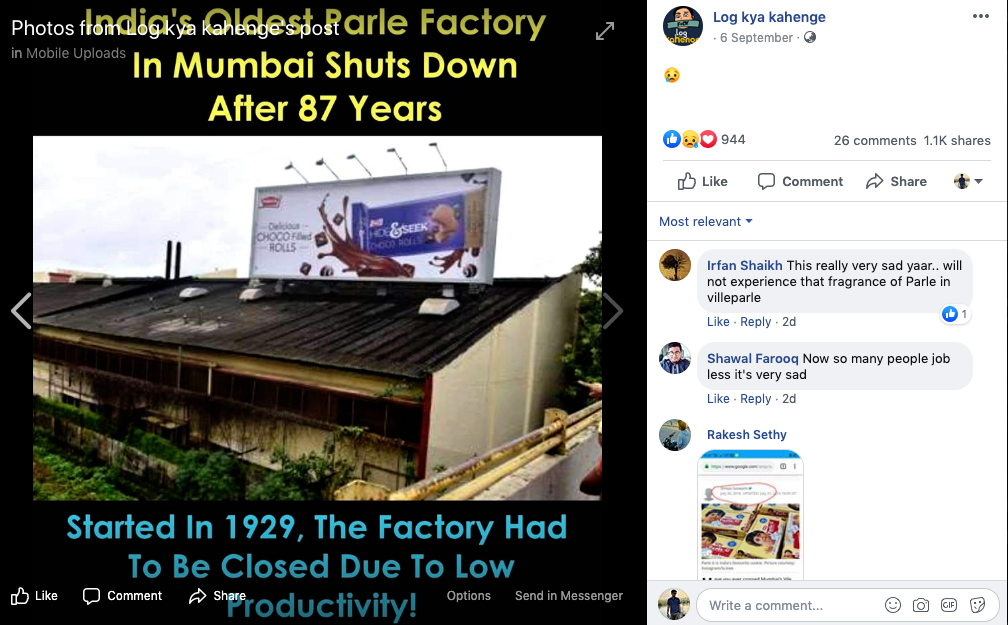 ALSO READ: This singer is NOT Mohammed Rafi’s daughter; here’s the fact check

When NewsMobile fact-checked the above post we found it to be misleading.

On doing a simple Google search of ‘Parle factory shut down in Mumbai’, we found the that the oldest Parle factory was shut but it happened three years ago.

We came across a news report dated July 30, 2016, on Hindustan Times which stated that Parle factory was shut after 87 years. 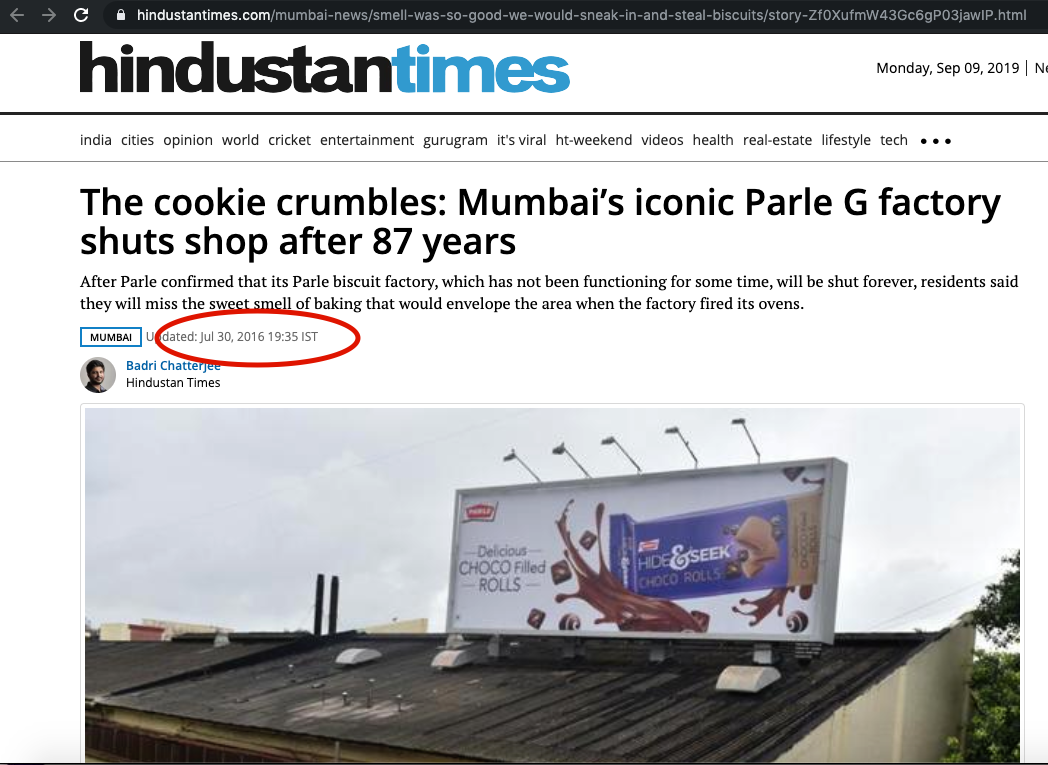 Hence, the above information proves that the viral post about a Parle factory is misleading.