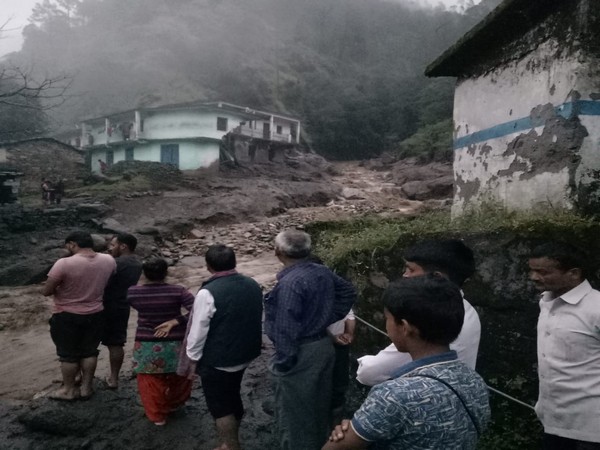 Three houses were damaged while two washed away in flash floods following the cloudburst that occurred in Dhurma village of Chamoli district in Uttarakhand on Saturday late night.

People living nearby had to vacate their houses as debris fell into the residential area.

No casualties in the incident have been reported so far.

The district administration has rushed to the spot to take stock of the situation.

Since the past few days, landslides caused by heavy and incessant rainfall have been creating havoc in many parts of Uttarakhand due to which normal life has been disrupted severely.

Yesterday, a man was killed while two others sustained injuries in Pithoragarh after a house washed away due to excessive rainfall, an official release said.