The best is yet to come in our space programme; India is with you: PM Modi | Newsmobile
Wednesday, August 10, 2022

Home Home Slider The best is yet to come in our space programme; India is... 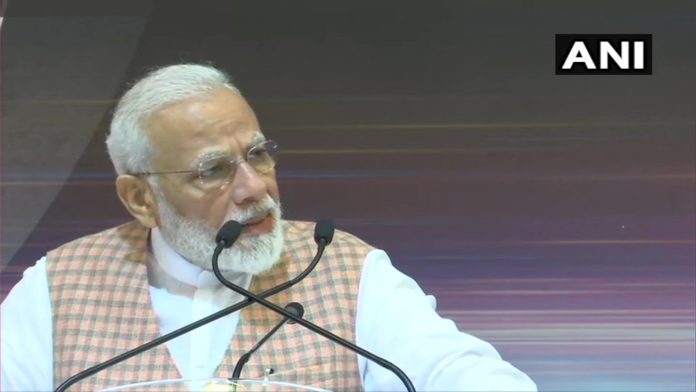 Prime Minister Narendra Modi on Saturday addressed the scientists at ISRO headquarters in Bengaluru and outlined that countries best is yet to come in the field of space missions.

“We are proud of our space program. Today our resolve to touch the moon has grown even stronger. We came very close but we need to cover more ground in the time to come. We are full of confidence that when it comes to our space mission programme the best one is yet to come. There are several places to discover and go,” said the Prime Minister.

His address comes after ISRO lost communication with Vikram Lander of Chandrayaan 2 moments before it was preparing to make a soft-landing on the South Pole region of the Moon.

He also saluted the scientists for their immense contribution in making India proud through space missions and said, “Friends I could feel what you were going through few hours back, your eyes were conveying a lot. You live for India’s honour, I salute you”.

Highlighting that there will be more opportunities to rejoice in future, PM Modi added, “To our scientist, I want to say India is with you. Your hard work and efforts ensure a better life for citizens and nation. It was your zeal that several people had access to a better life, better education and health facilities. There will be more opportunities to rejoice and pride”.

“You are exceptional professionals who have made an incredible contribution to national progress. You have always given your best. We will give you several more opportunities to smile,” Prime Minister Modi added.

In the wee hours of Saturday, ISRO chairman K Sivan announced that communication with the lander was lost at 2.1 km from the lunar surface.

“Vikram lander’s descend was normal and as planned till 2.1 km. Subsequently, communication with Vikram lander was lost. Data is being analysed,” Sivan had said.

PM Modi, who was in the ISRO headquarters to witness the historic moment, asked the scientists to not lose hope and be courageous.

“Don’t lose hope. Be courageous. There are ups and downs in life. What you all have done is not a small thing. You have done a great service to the country, science and mankind. I am with you. I wish you all the best,” the Prime Minister had earlier tweeted.