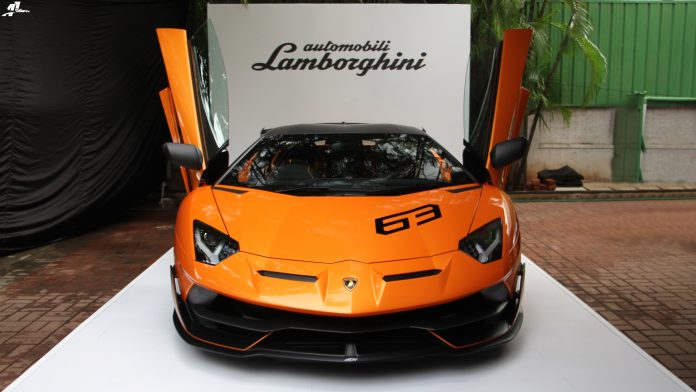 Lamborghini India (Bengaluru dealership primarily) has refrained from sharing the price and owner details of the Aventador SVJ 63, however, just to give you an idea, the regular Aventador SVJ itself, with some optional packs, costs upwards of Rs 8.5 crore. So, the Aventador SVJ 63 is bound to have a much steeper price tag, given its uber-exclusive stature.

“We are delighted to deliver the Aventador SVJ 63 in India today. The Indian market is constantly evolving towards special and limited edition sports cars. The delivery of Aventador SVJ 63 in India, with just 63 cars produced worldwide, will further encourage car enthusiasts and collectors to augment their fleet with exclusive and limited edition cars from Lamborghini.”, Sharad Agarwal, Head, Lamborghini India, said. 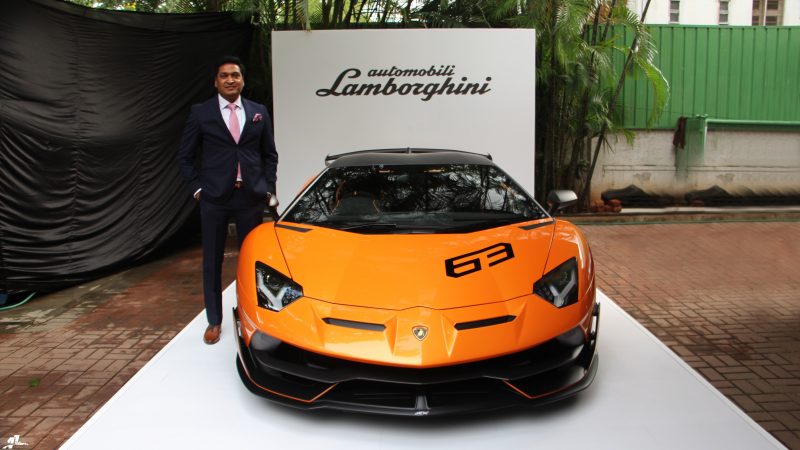 The Aventador SVJ 63 pays tribute to the Italian marque itself, referring to Lamborghini’s founding year -1963.

Lamborghini has made ample use of carbon fibre in creating this masterpiece, and as per the company, its main goal was a significant downforce improvement compared to the previous Lamborghini Aventador SV. 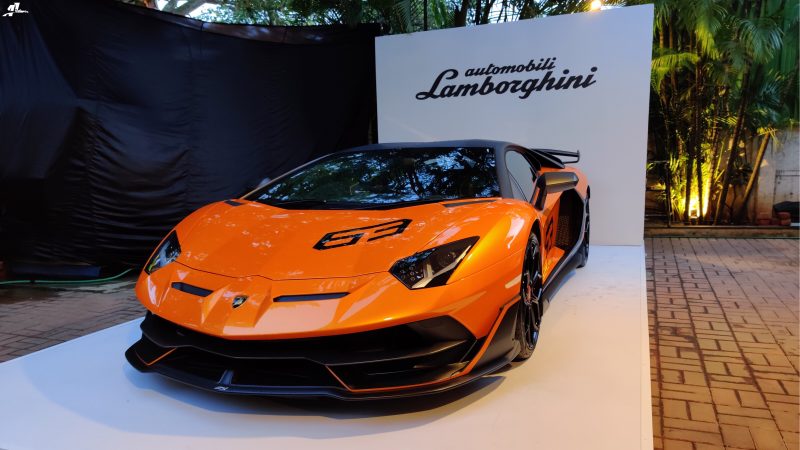 The limited-edition supercar is has the same 6.5-litre V12 naturally aspirated engine at its heart, which is tuned to churn out 759 bhp at 8,500 rpm, and 720 Nm of peak torque at 6,750 rpm. This is mated to a 7-speed Independent Shifting Road (ISR) gearbox. The SVJ 63 can cover the 0 to 100 kmph sprint in a matter of 2.8 seconds while touching the 200 kmph mark in 8.6 seconds, while attaining a top speed which is electrinically locked at more than 350 kmph. The 63’s V12 comes with a new titanium intake valve with a new-shape intake runner and length, with a modified intake cylinder head duct for higher flow coefficient. It also gets a new, lightweight exhaust system that reduces backpressure while producing the most emotive sound. Also, the SVJ’s four-wheel-drive system has improved torque split to maximise traction and agility, with the higher stability of the SVJ 63 allowing a further 3% of torque to be sent to the rear axle compared to the SV. 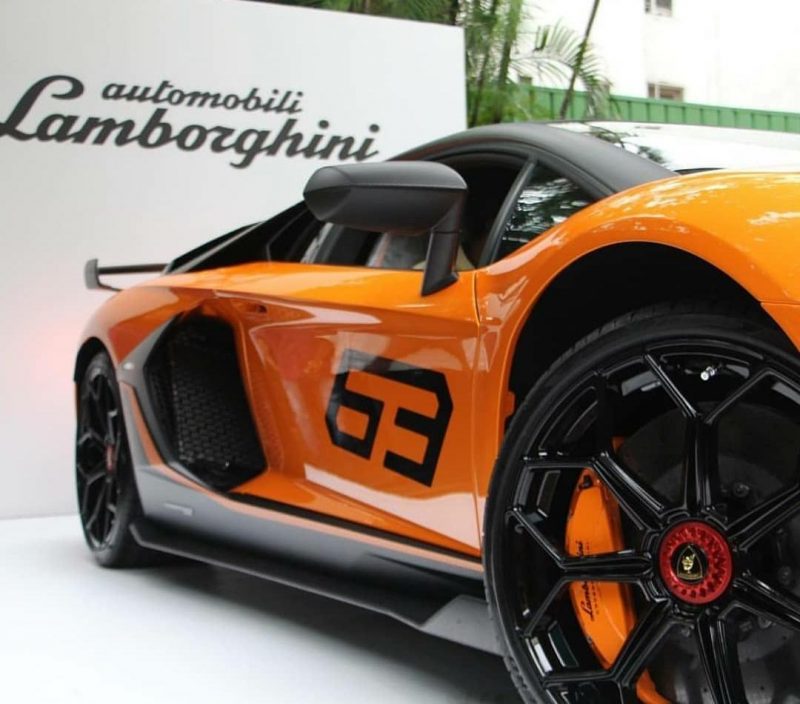 On the inside, the cabin sports multiple customisation options, along with a driver-focused cockpit, with a Kombi graphics on the TFT digital dashboard display while showing the live status of the ALA functions. Moreover, the supercar also gets Lamborghini’s three driving modes- Strada, Sport and Corsa- as well as the EGO option allowing the driver to further customise his preferences for car set-up.