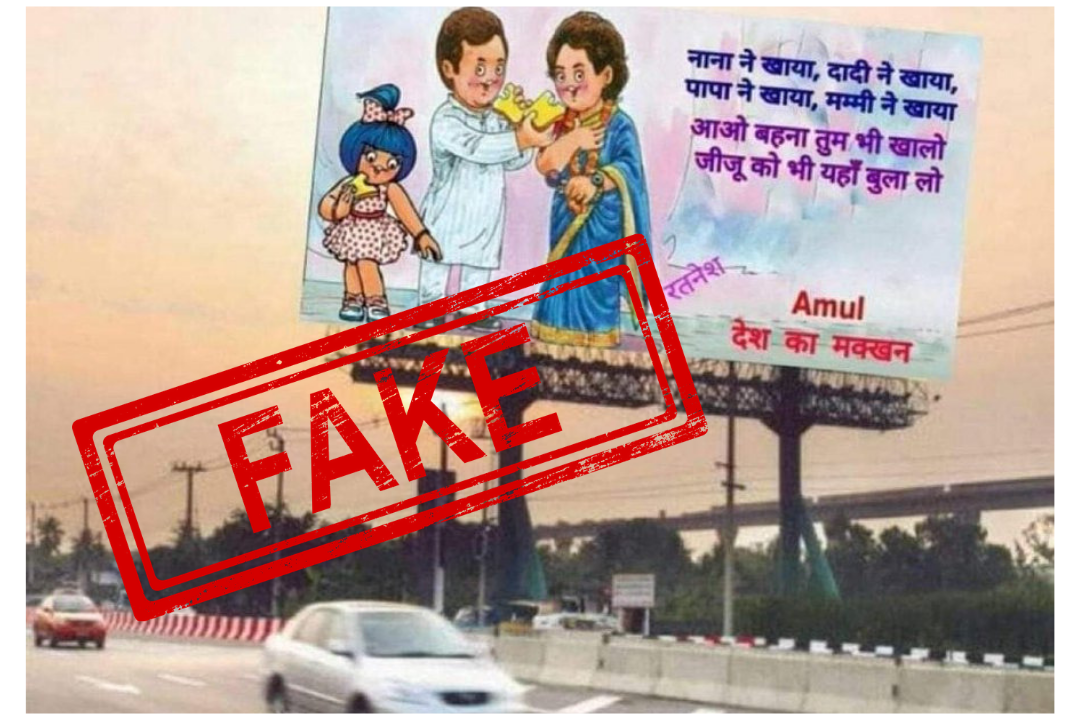 Madhu Purnima Kishwar, an academician and a right wing commentator tweeted a picture of a billboard, which showed the trademark ‘Amul girl’ along with cartoons of Congress leader Rahul Gandhi with sister Priyanka Gandhi. 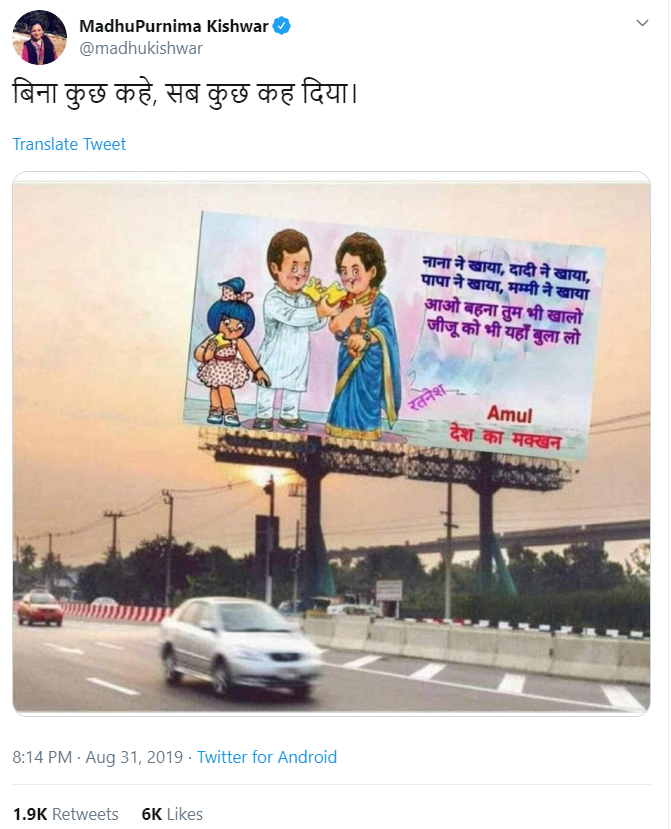 Amul had tweeted the original photo of the Amul ad dedicated to Priyanka Gandhi’s entry into active politics before the 2019 Lok Sabha elections.

Hence, the above information proves that the Amul ad banner, which comprises of the iconic Amul girl, Priyanka Gandhi and Rahul Gandhi has the Hindi text photoshopped onto it and is FAKE.