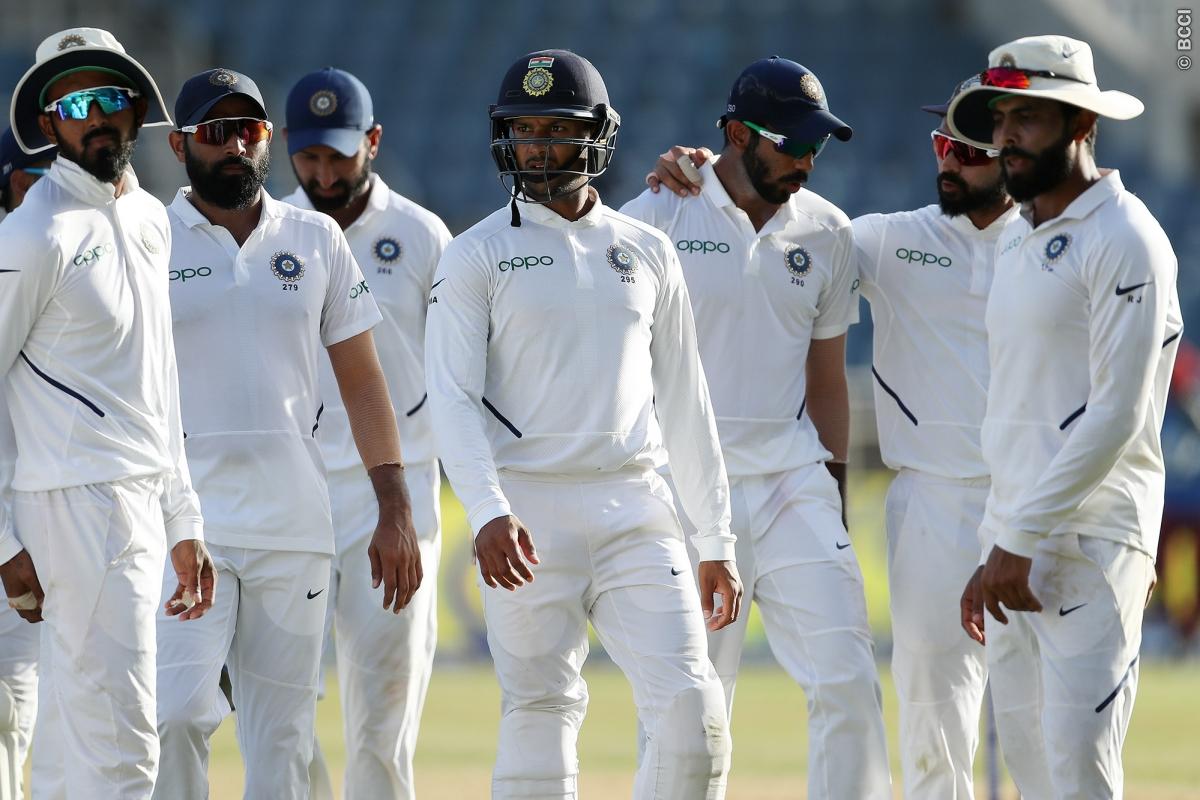 India ended day three of the second Test match here at Sabina Park in a dominant position after setting West Indies a target of 468.

In pursuit of 468, Windies got off to a poor start as the side lost its opener Kraigg Brathwaite (3) in the third over of the innings. Ishant Sharma had him caught at the hands of wicket-keeper Rishabh Pant.

John Campbell (16) was also not able to stay at the crease for a long time as he was sent back to the pavilion by Mohammad Shami as he had him caught at third slip, reducing Windies to 37/2.

Shamarh Brooks and Darren Bravo saw off the day without any more hiccups and Windies ended the day at 45/2, still, 443 runs away from the target.

Having a lead of 299 runs, India got off to a bad start as Mayank Agarwal (4) was caught plum in front and as a result, he was adjudged leg-before wicket. India did not lose any more wicket and they went to the lunch break with the score of 16/1.

After the break, Windies bowlers were able to keep the run-rate in check as they did not give loose balls for India to dispatch for boundaries. The team from the Caribbean was able to scalp two prized wickets in succession as both KL Rahul (6) and Virat Kohli (0) departed cheaply.

Ajinkya Rahane and Cheteshwar Pujara (27) put up a brief 21-run stand, but skipper Jason Holder had the latter caught at third slip, reducing India to 57/4. 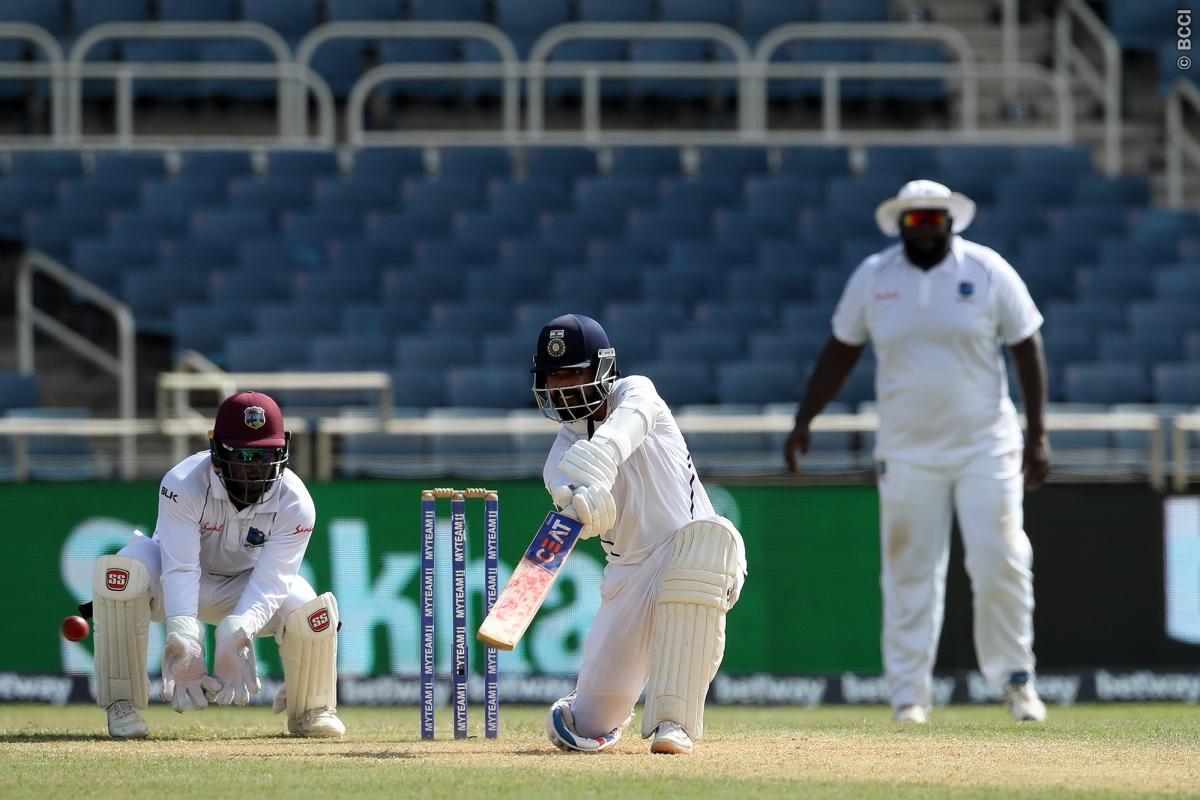 Rahane and Hanuma Vihari ensured India did not lose more wickets and the team went to the tea break with a score of 73/4, leading Windies by 372 runs.

After the interval, both batsmen scored at a brisk pace and further consolidated the lead for the Indian team. The duo brought up their individual fifties and took the lead past the 460-run mark. 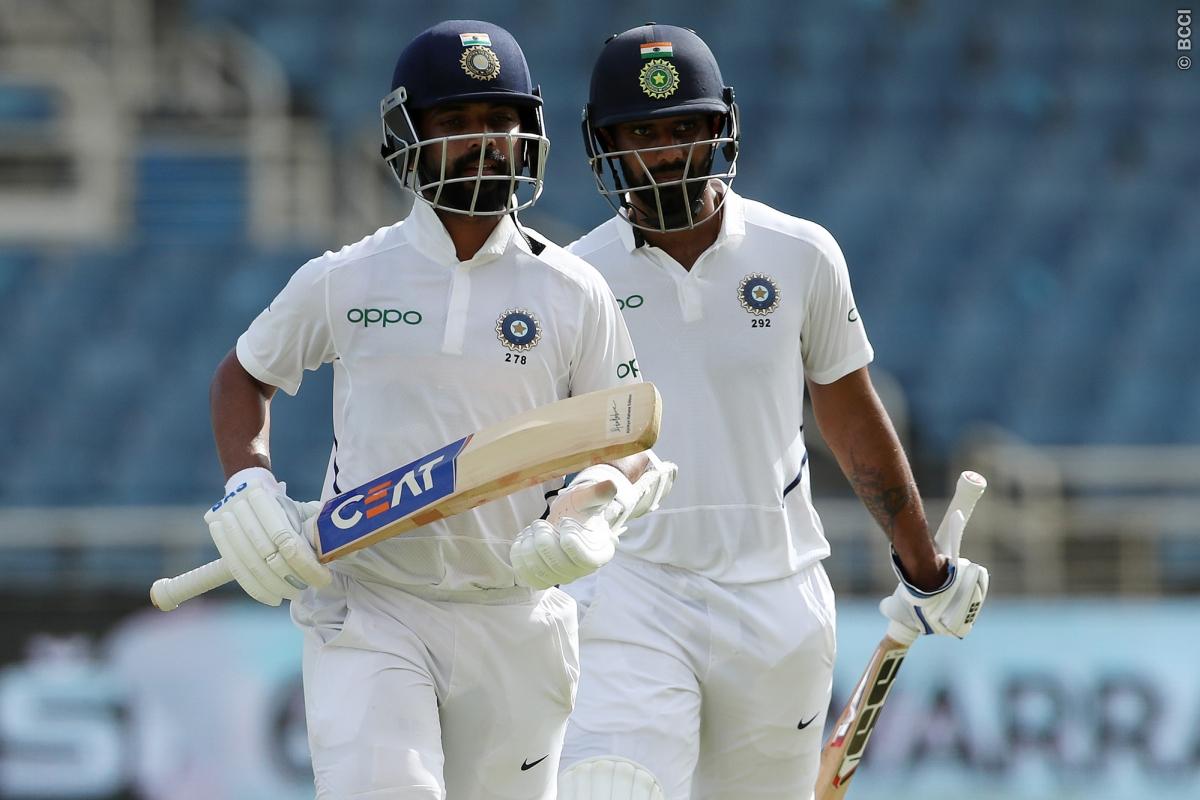 With the score at 168/4 in the second innings, skipper Kohli decided to declare India’s innings, setting Windies a target of 468 for the win. Rahane and Vihari were involved in an unbeaten stand of 111 runs. The two remained unbeaten on 64 and 53, respectively.

Resuming day three at 87/7 in the first innings, Windies lost overnight batsman Rahkeem Cornwall (14) early as he was done by a bouncer bowled by Mohammad Shami, reducing the team from the Caribbean to 97/8. 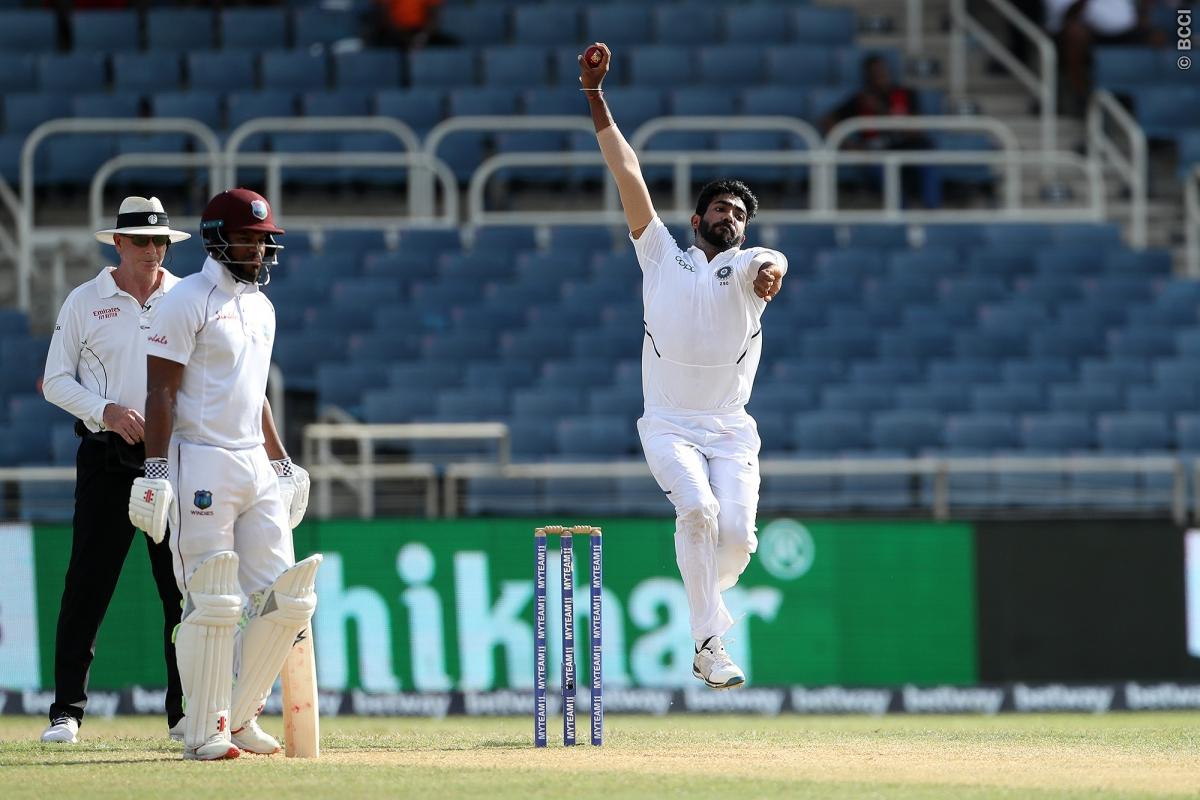 Ravindra Jadeja wrapped up the innings as he dismissed Kemar Roach (17) to bundle out Windies for 117 runs in the first innings.

Bumrah was the leading wicket-taker for India as he scalped six wickets, and, with the lone wicket, Ishant became the most successful Indian pace bowler outside Asia.