A picture is doing rounds on social media in which Delhi Chief Minister Arvind Kejriwal can be seen in a Bomb Suit and walking with Deputy CM Manish Sisodia, Raghav Chaddha and other leaders of Aam Aadmi Party (AAP).

ALSO READ: Don’t believe this FAKE picture of this man holing a banner;…

As the watermark of Getty Images is clearly visible on the picture, we straightaway looked for the picture on Getty’s official website. After putting keywords such as ‘Arvind Kejriwal’,  ‘Manish Sisodia’, ‘Delhi’ we found the original picture in which Delhi Chief Minister is NOT wearing the Bomb Suit. Instead, he is wearing a red sweater with formal trousers. 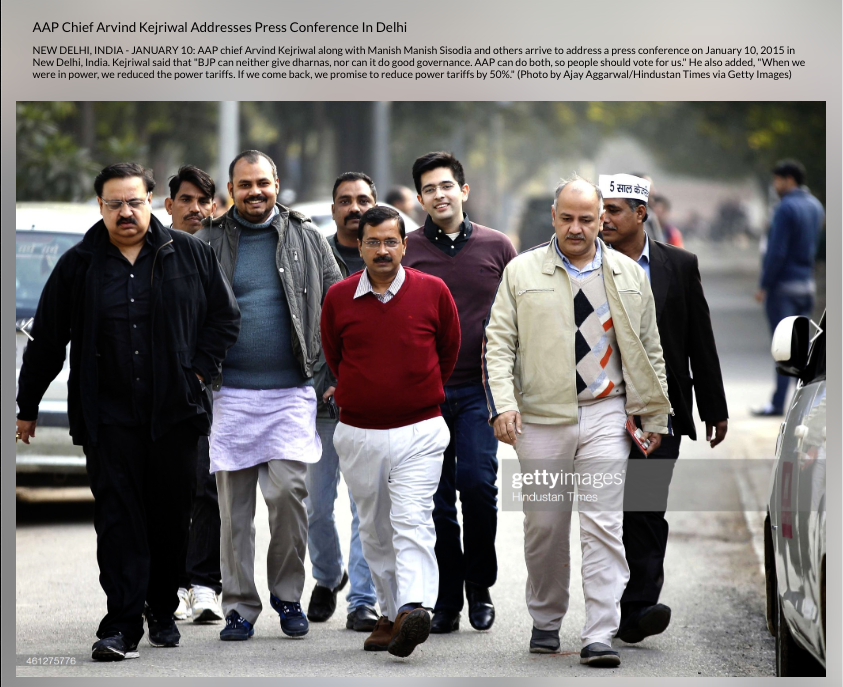 The picture was taken on January 10th, 2015 after Kejriwal along with Manish Sisodia and others arrive to address a press conference in New Delhi. 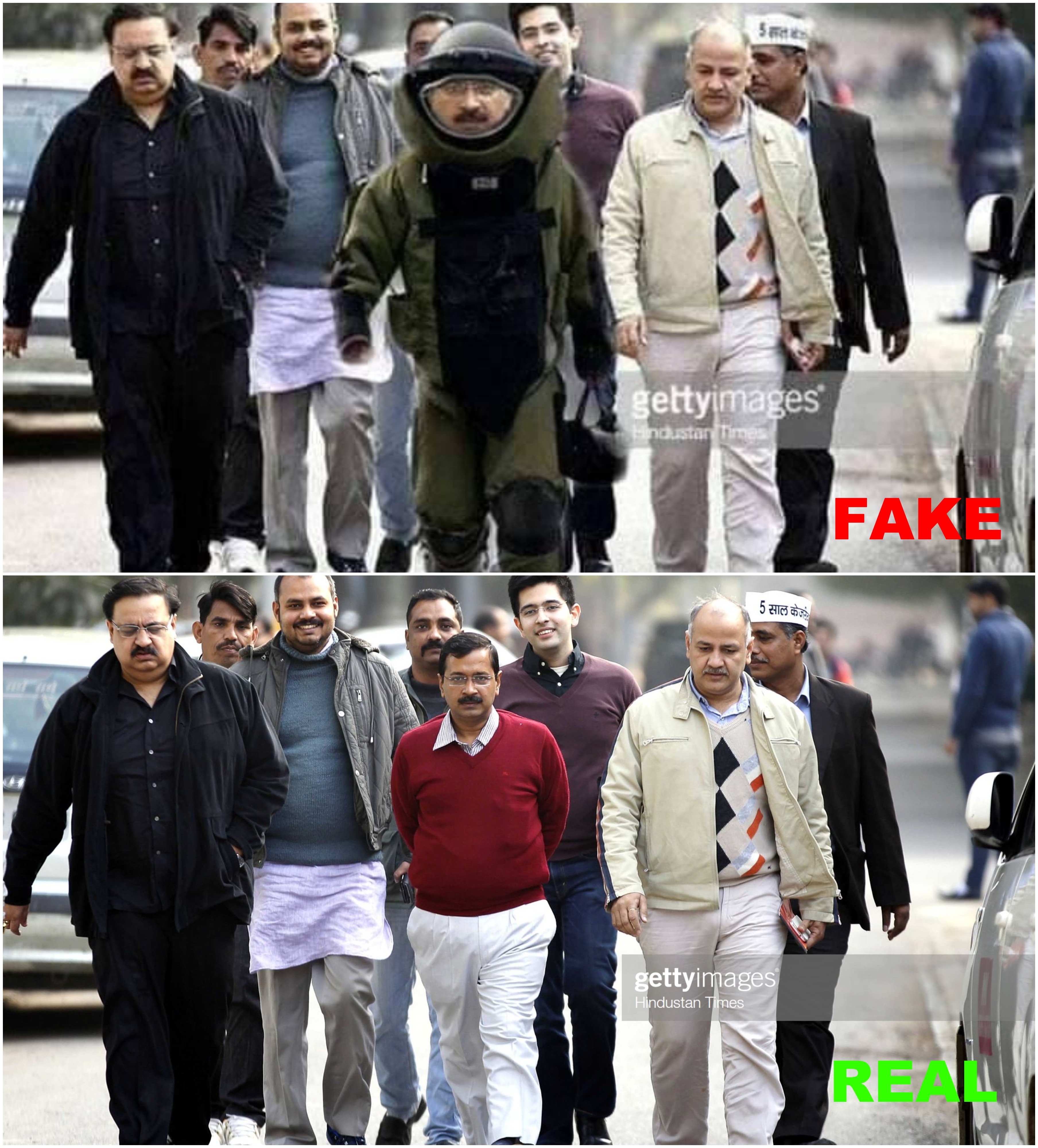 In the above FAKE vs REAL collage it is clear that the original picture has been manipulated using photoshop software to create the FAKE image.