A picture is doing rounds on social media in which leaders of the world including US President Donald Trump can be seen sitting around PM Modi.

(Translation: “Brother, do not finish Pakistan, it has  borrowed money from all of us”) 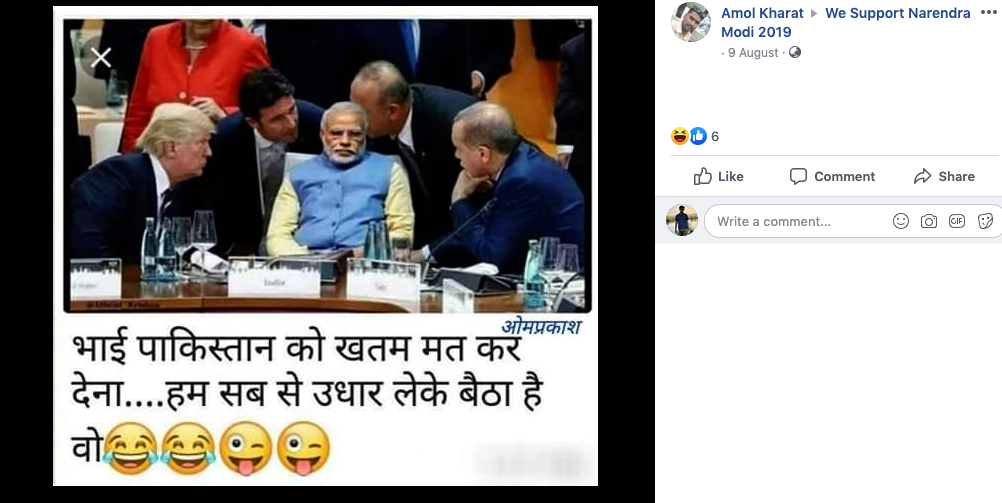 ALSO READ: Don’t believe this FAKE message of children being kidnapped in Ghaziabad

The same picture was shared in July as well. At the time of filing this report, the above post had over 5,600 shares. 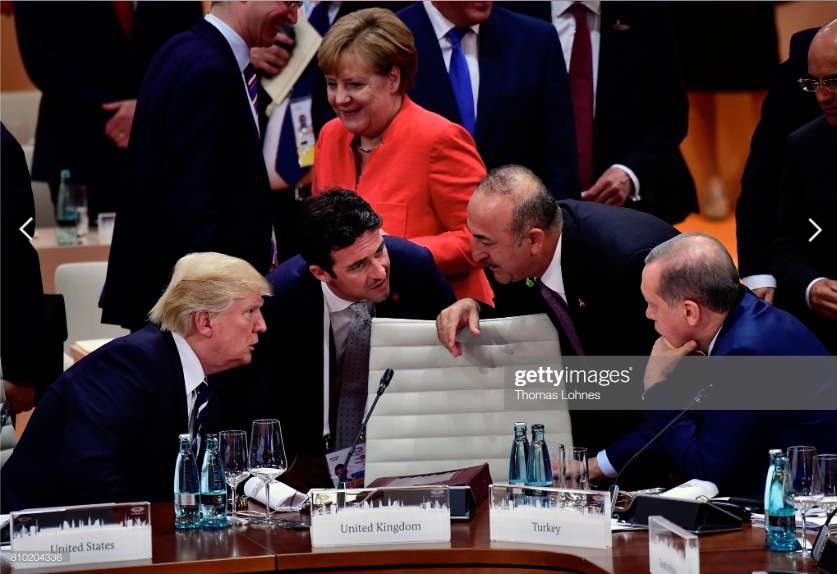 In the picture US President Donald Trump can be seen talking to President of Turkey Recep Tayyip Erdogan while German Chancellor Angela Merkel is seen in the background before the beginning of the first working session of the G20 Nations Summit with the topic ‘Global Growth and Trade’ on July 7, 2017, in Hamburg, Germany. 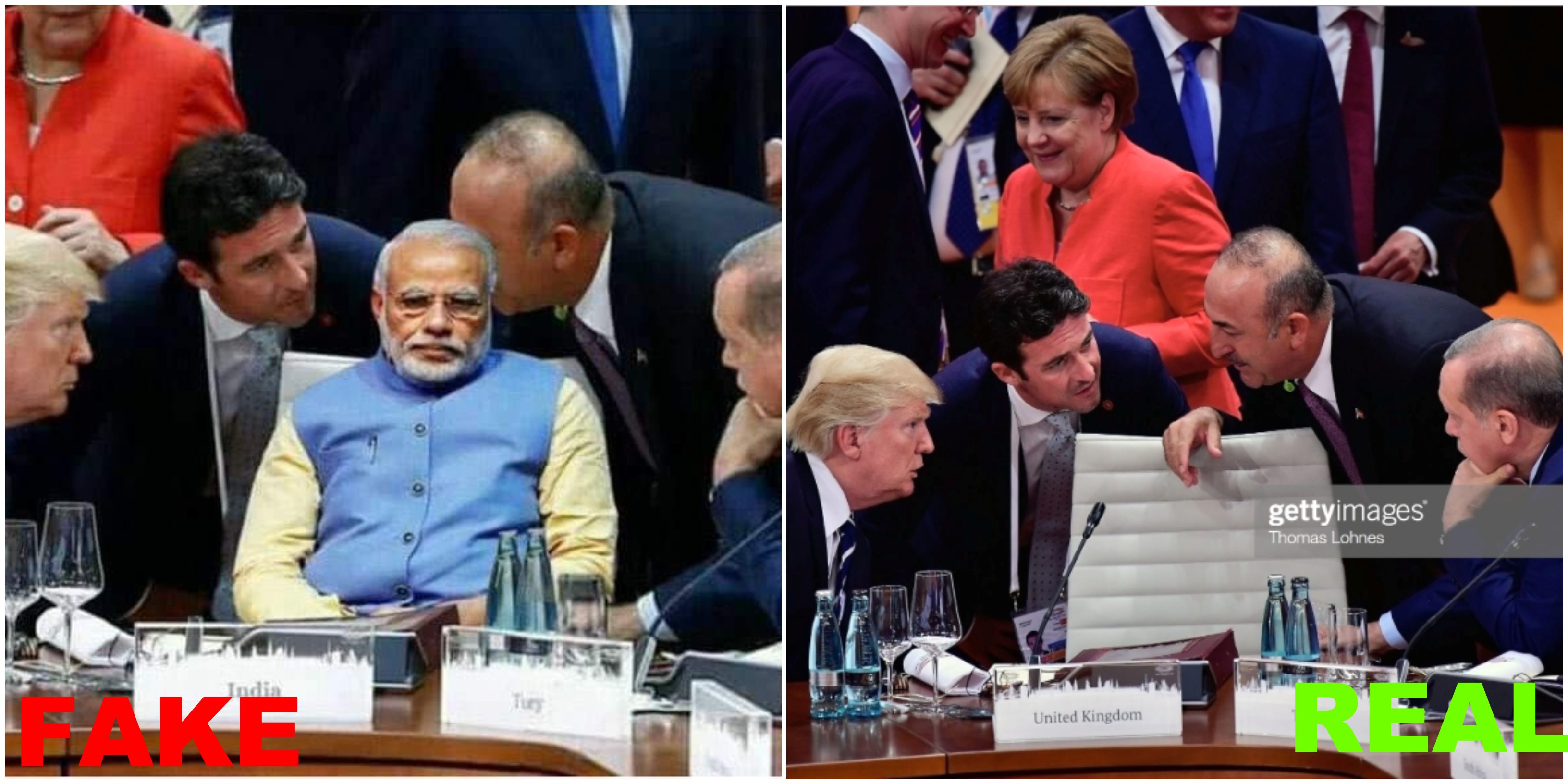 In the above FAKE vs REAL collage, it is clear that PM Modi’s cut-out has been superimposed using photoshop software.