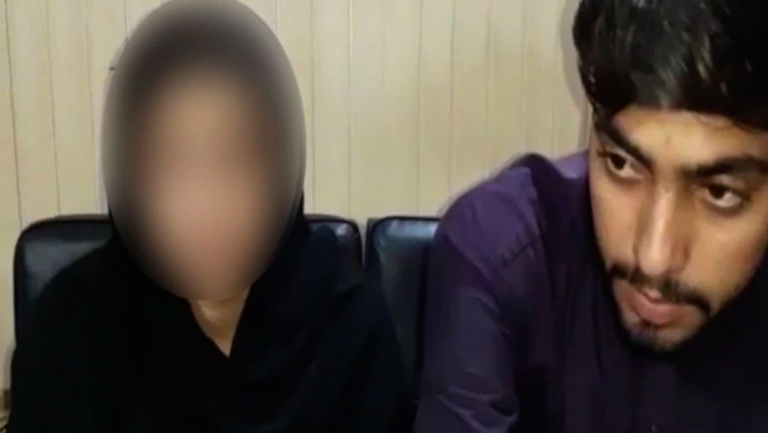 A Sikh girl, who was missing for a number of days, surfaced on Thursday after she was forcibly converted to Islam and made to marry a Muslim man in Nankana Sahib area of Lahore.

19-year-old Jagjit Kaur is the daughter of Bhagwan Singh, a ‘granthi’ (priest) of Gurudwara Tambu Sahib and was converted to Islam at gunpoint.

Family of Jagjit Kaur said they will self immolate in-front of Punjab Governor’s house if the girl was not released.

Surinder Singh, brother of Jagjit Kaur said, “Our family has faced a tragic incident as some goons forcibly entered our house and abducted my younger daughter. They tortured her and forcibly converted her to Islam.”

He added, “We went to a police station to register a complaint. We met many senior officials but they have not listened to our complaint. The goons again came to our house and forced us to withdraw our complaint and threatened that they will also force us to convert to Islam if we persisted with the complaint.”

Manmohan Singh, another brother of Jagjit Kaur said, “The goons also threatened the family that if we do not withdraw the complaint, we will be killed. I have appealed to Prime Minister Imran Khan and Chief of Army Staff Qamar Javed Bajwa to help us or else the incident could impact Kartarpur Corridor.”

The members of the Sikh community in Pakistan have condemned the horrific incident and conducted a meeting at Gurudwara Nankana Sahib.

They have decided to organise a protest on Friday at Governor House while an international conference related to Kartarpur Corridor is scheduled to be held there.

“I urge @narenderamodi Ji & @DrSJaishankar Ji to raise this issue at global level bcos forced conversions happening in Pakistan have angered all the Sikhs. This issue must be taken up at @UN as it threatens Sikhs freedom of religion,” he tweeted.

A video of Jagjit Kaur has also surfaced where she was forcibly converted to Islam and named as Ayesha. The ‘maulvi’ also arranged her marriage with a Muslim man.

In Pakistan, many such incidents are regularly reported where Hindu, Sikh and Christian girls are forcibly converted to Islam and married to Muslim men.