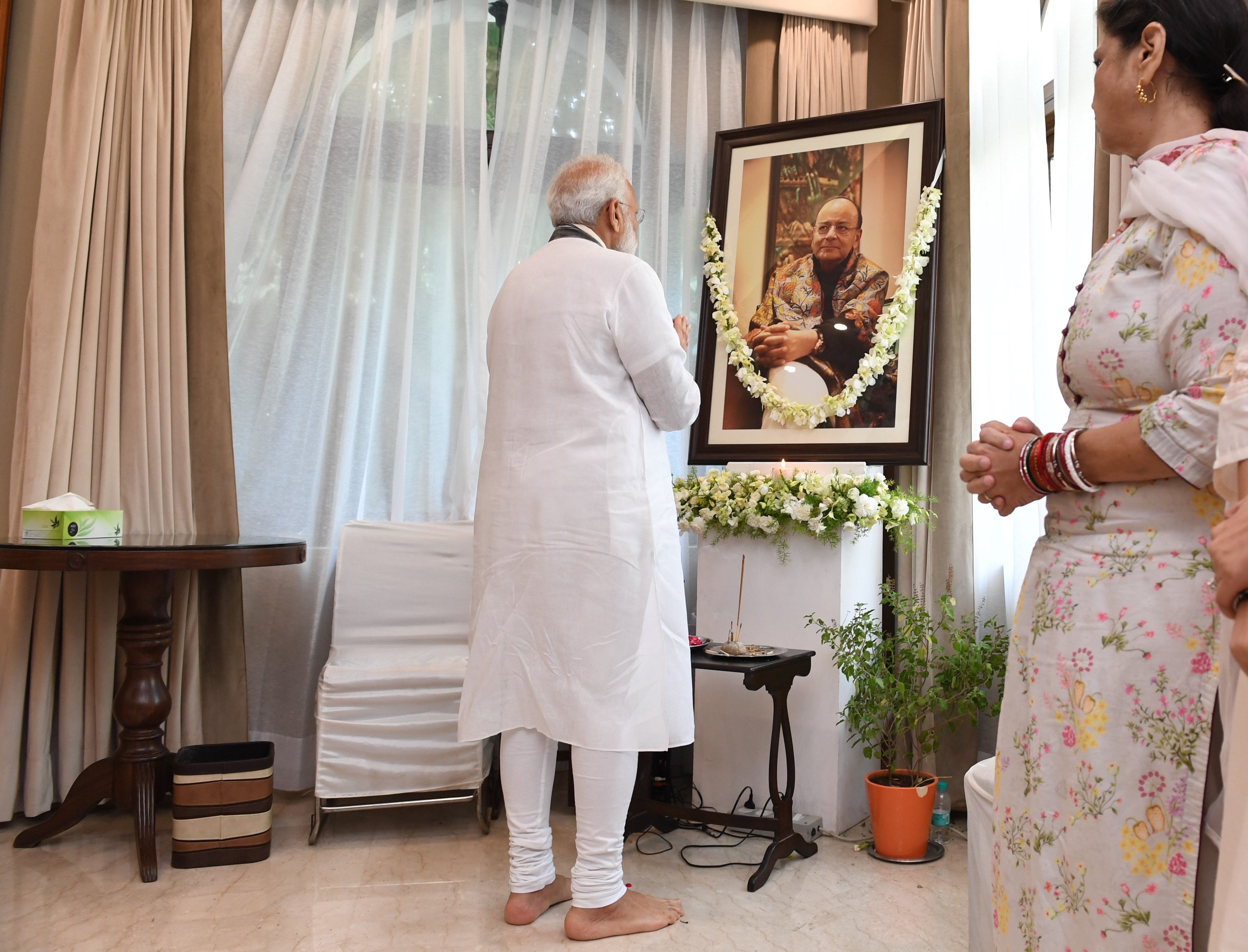 PM Modi was on a three-nation visit to France-UAE-Bahrain when he received the news and was reportedly asked not to cut short his visit when he spoke to Jaitley’s family to express his grief.

In a series of tweets, the Prime Minister remembered his longtime friend and party colleague Mr Jaitley as “a fiery student leader” who was “at the forefront of protecting our democracy” during the Emergency.

ALSO READ: Union Minister, several others had their phones stolen during Arun Jaitley’s…

“BJP and Arun Jaitley Ji had an unbreakable bond. As a fiery student leader, he was at forefront of protecting our democracy during the Emergency. He became a much-liked face of our Party, who could articulate the Party programmes and ideology to a wide spectrum of society,” the Prime Minister tweeted.

At an event in Bahrain, PM Modi became emotional during his speech and said he couldn’t imagine that he was so far away while “my friend Arun” had gone.

“I am a man bound by duty. At a time when there is an environment of enthusiasm in Bahrain, at a time when our country is celebrating Janmashtami, I am here with deep sorrow in my heart. The friend with whom I walked together in public life, embarked on the political journey together, with whom I remained connected all the time, with whom I faced struggles, dreamt and fulfilled those dream, that friend Arun Jaitley, country’s former defence and finance minister, died today,” PM Modi said while addressing the Indian community at Bahrain.