This celeb found insects in her food at a top hotel, find out more! | Newsmobile
Saturday, October 1, 2022

Home Music & Entertainment Bollywood This celeb found insects in her food at a top hotel, find... 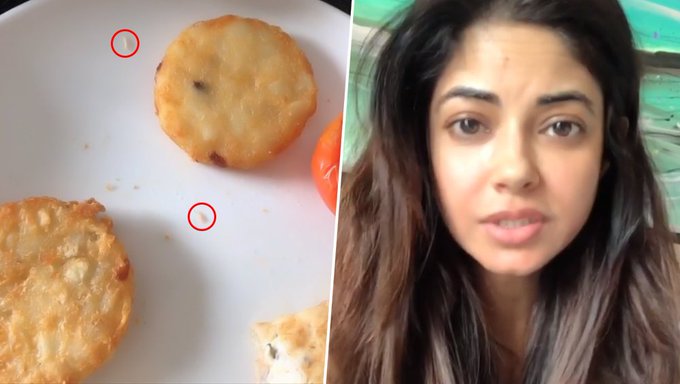 She posted a video on Instagram narrating the incident and lashing out at their carelessness, as she stated that not even in her ‘wildest dreams’, she would have thought that she will be served insect-infected food.

Staying in @doubletree in ahembdabad. @doubletreeahmedabad And got maggots in my food. U pay bomb fr these hotels nd they feed u maggots. Its so shocking @fssai_safefood plz take some immediate action. Where are the health safety regulations now!! #maggots #doubletreebyhilton

In the video, two maggots can be seen crawling on the plate that Meera was served in at Double Tree Hilton, Ahemdabad. She even mentioned in the video that she has been falling sick and now she knows why.

Meera Chopra made her debut in the South Indian film industry in 2016 and entered the Bollywood big leagues with her film, ‘1920 London’ opposite Sharman Joshi. Her big role comes in her next film opposite Richa Chadha- ‘Section 375’.

This isn’t the first time when a celebrity has faced a bizarre incident in a top notch hotel. In a recent incident, Rahul Bose was charged Rs 442 for two bananas at the JW Mariott hotel in Chandigarh. After the post went viral, the Excise and Taxation Department sent a three-member team and seized all records in connection with the exorbitant GST rates charged by the hotel.