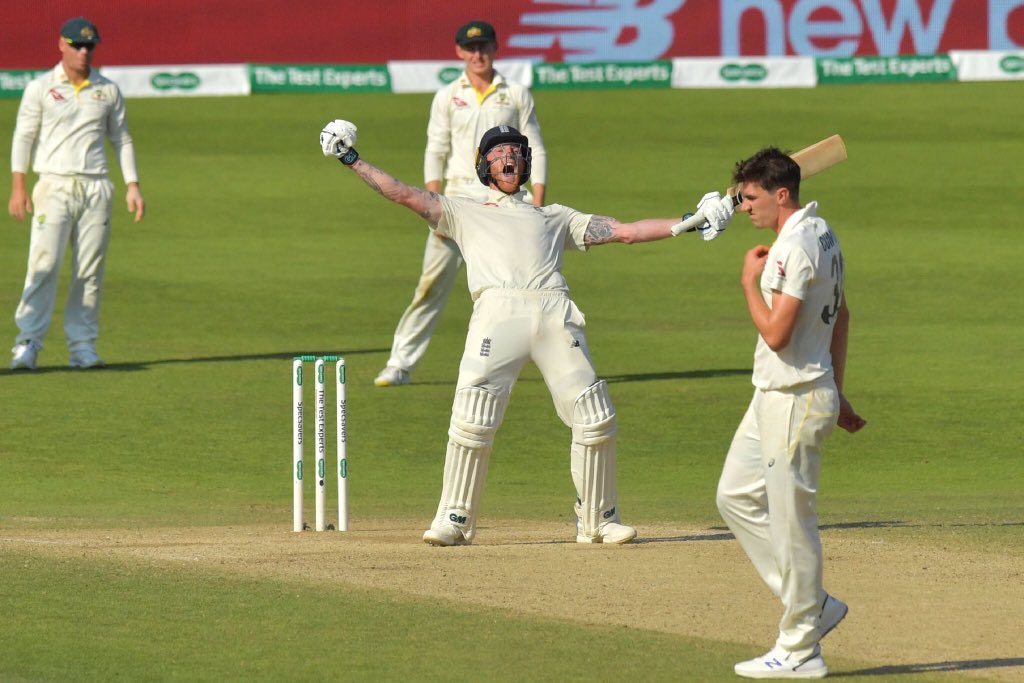 Ben Stokes led from the front as England scraped through with a sensational and dramatic 1 wicket victory over Australia in the 3rd Ashes Test at Leeds.

Australia went into the game without Steve Smith, who had sustained a concussion in the last game. And his replacement- Marnus Labuschagne took the Aussies to a total of 174 in the first innings. It was Stokes who dismissed Labuschagne. 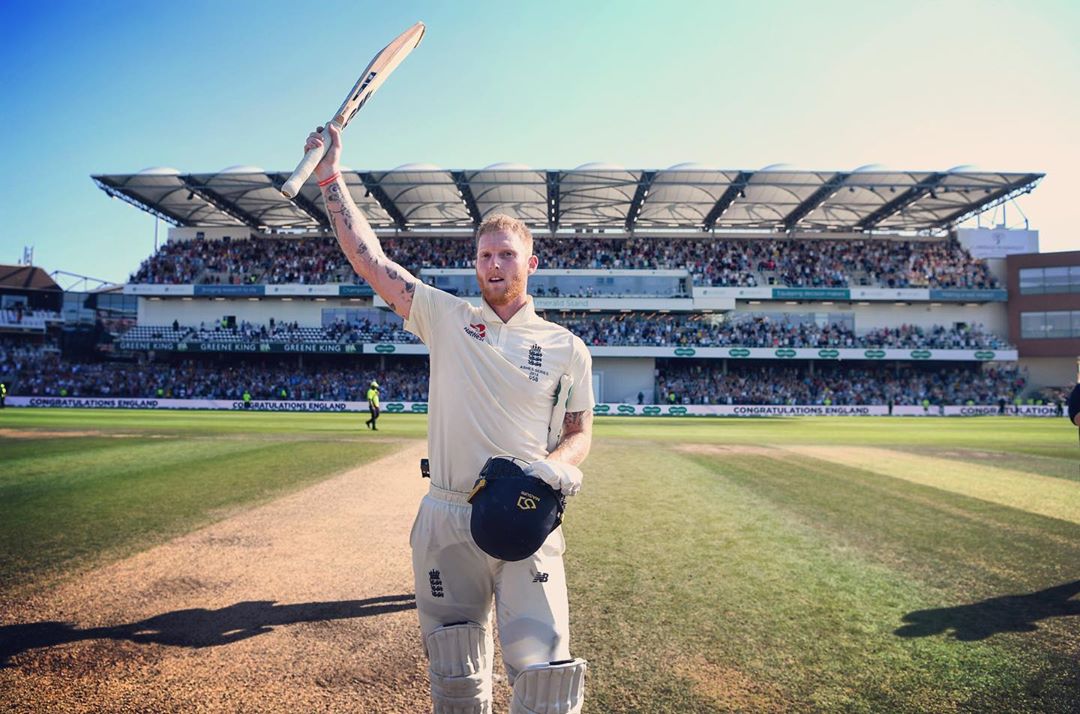 England though were all-out for 64, handing Australia a lead of 107 for the second innings.

In what was a stiff run chase, England found themselves 2 down for 15. But a partnership involving Joe Root and Joe Denley took them past 150, when Denley went for 50.

The beginning of Day 4 saw Root lose his wicket to the impressive Nathan Lyon. Stokes stood firm, scoring his first boundary at the 75th delivery that he faced.

As wickets tumbled at the other end, Stokes hung on. Jos Butler was run out for 1, while Jonny Bairstow gave away a catch at slip.

Jofra Archer did score 15, but was caught at deep. Stuart Broad went for a duck.

This left Stokes with the last man- Jack Leach, with 70 still needed. There on, Stokes launched a ruthless attack on the Aussie bowling.

The assault included a reverse sweep six off Lyon and a straight one off the spinner that was nearly caught at the boundary.

Throughout the innings, Leach looked assured in his defense and held fort superbly. Out of the required 70, Leach scored just one run. That run tied the scores. On the next delivery, Stokes hammered a square drive to hand the English a miraculous victory just weeks after his heroics in the World Cup final at Lord’s.

The series is now tied at 1-1, with the next test at Old Trafford waiting for the sides.