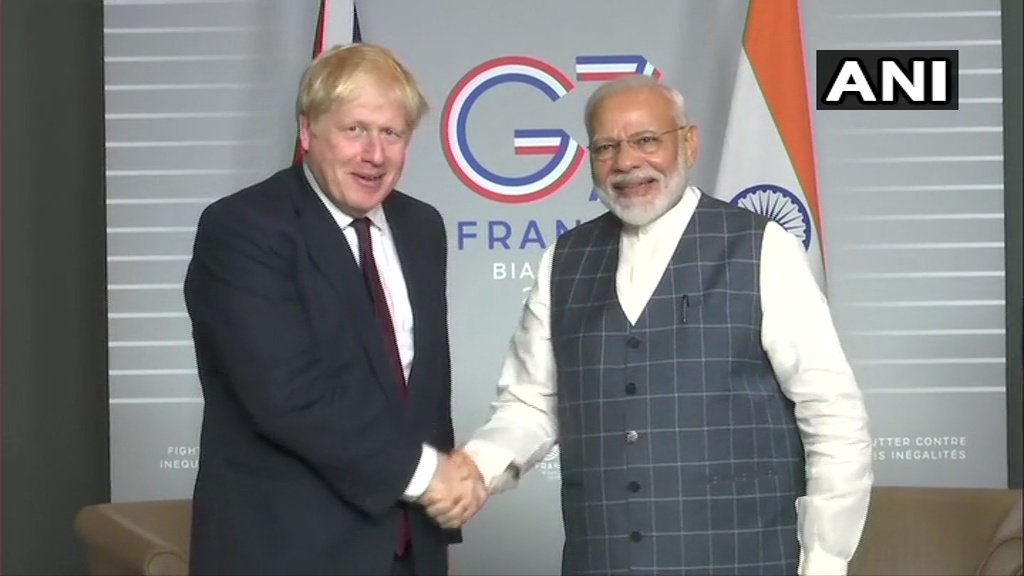 Prime Minister Narendra Modi met his British counterpart Boris Johnson on the sidelines of the 45th G7 Summit being hosted in the southwestern French city of Biarritz on Sunday and discussed ways to strengthen bilateral cooperation between the two countries.

“PM @narendramodi meets UK PM @BorisJohnson. PM Modi begins by congratulating PM Johnson on England’s spectacular win in the Third Test of the Ashes a short while ago,” the Prime Minister’s Office said in a tweet.

He also met the Secretary-General of United Nations Antonio Guterres.

He was later received by the France President Emmanuel Macron on his arrival at Hôtel du Palais, where the G-7 Summit will be held tomorrow.

At the summit, Modi is expected to speak during sessions on the environment, climate, oceans, and digital transformation, besides also holding bilaterals with leaders of other countries participating in the two-day summit being held here.

India is not a member country of the G-7, and the invitation to participate in the summit was extended by France.