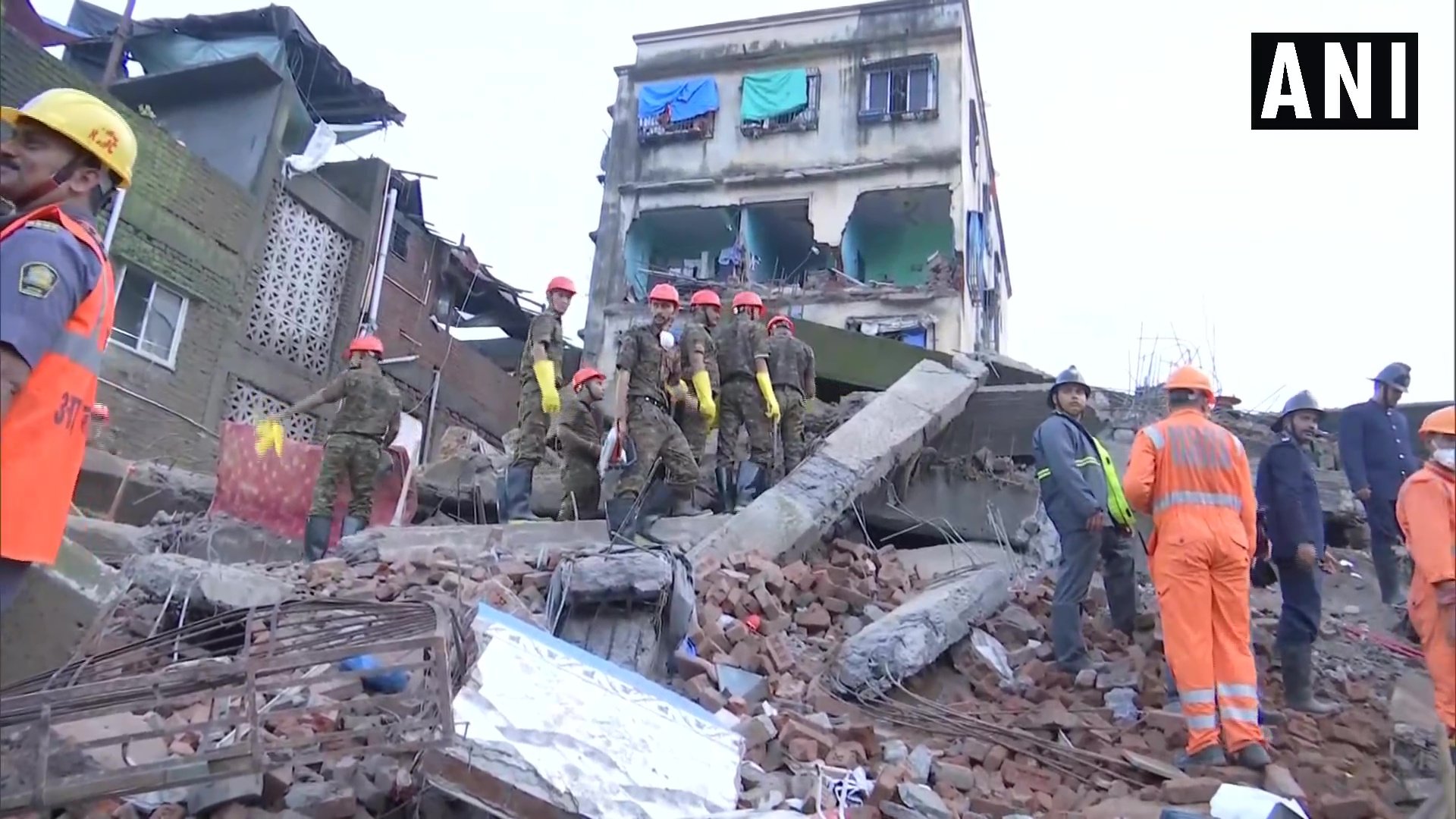 Bhiwandi: At least two people lost their lives as a four-storey building collapsed in Maharashtra’s Bhiwandi near Mumbai in the wee hours of Saturday, police said. Five are critically injured.

The deceased have been identified as Siraj Ahmed Ansari (27) and Aakhib Ansari (22).

“Four people have been rescued so far,” Ashok Rankhamb, Commissioner of Bhiwandi-Nizampur Municipal Corporation said.He also said that the building was in a dilapidated state and was being vacated when the incident took place.”People had informed us that the building may collapse. I along with officers reached the spot and asked people to vacate the building. Most had vacated the building but then some people went inside to pick their luggage. Meanwhile, the building came down. It is an 8-year-old building and was built illegally. An investigation will be done,” Rankhamb said.Disaster Management Officer Santosh Kadam said that fire brigade and personnel of the National Disaster Response Force (NDRF) were engaged in rescuing people trapped in the debris.